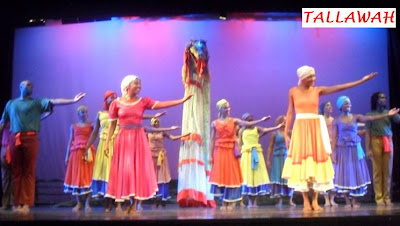 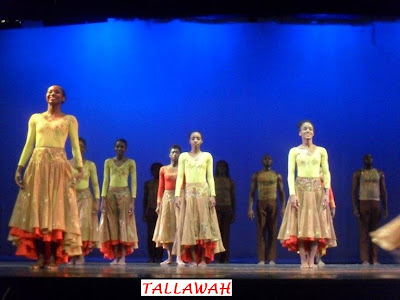 Not until the arrival of the late Rex Nettleford’s 27-year-old masterpiece Gerrehbenta – the final piece of the night – does the new season of the National Dance Theatre Company (NDTC) truly and strongly evoke a connection. Spectacular and celebratory in its scope and homage to Jamaican, Afro-inspired traditional rites, the timeless creation elevated the evening’s performance last Saturday to a spirited and joyous crest, distinguished by theatrically mobile movements, vibrant costuming and the sort of live traditionally Jamaican musical accompaniment that can only be arranged by one as practised as the unflappable Marjorie Whylie. Performing the master opus – and clearly revelling in the joy and thrill of the moment – the dancers (led by the ascendant Marlon Simms) had no difficulties captivating viewers and holding our gaze, leading up to that final curtain close.

Earnest, athletic choreography, intense raw passion and unmitigating emotion were routinely and beautifully off-set by the fervent talent of the performers and their devotion to the beauty inherent in movement inside the Little Theatre on Saturday. Still, for someone who has witnessed numerous NDTC seasons over the past decade, I could sense a noteworthy dip in the customary awe factor, that breathtaking Nettleford spark that has always typified NDTC creations and presentations. Perhaps my expectations are too lofty. Even so, that this 48th season is dedicated to Nettleford’s memory and vast legacy as founder and artistic director of the celebrated company is enough to conjure up images of one-of-a-kind elegance and dancers emerging as distinct personalities on that cusp between gesture and dance theatre.

Bordering on sensational, Arsenio Andrade’s Asi Somos (2006) and Jean-Guy Saintus’ splendid creation Incantation (2002) are pieces dripping with passion, pleasure and pain, and demanding impulsive energy and interplay between joy and sorrow at regular intervals from lithe dancers, garbed in provocative costumes. Flashes of brilliance also characterize Marlon Simms’ Redemption Rite, the opening number, which offered twirls, dips and a mournful soundtrack plucked from the choreographer’s seemingly extensive collection. Continuing with the series of revived works, Kerry Ann Henry’s emotional one-woman showcase “Caged” (2009) and another Andrade offering “Congo Laye,” a dramatic dance drenched in the spirit of African tribalism and sensitivity, brought the evening’s tally to six. Disappointingly, neither of the season’s two new works (Patrick Earle’s Form In Fusion and Henry’s …minutes and seconds) graced the stage at the performance.

In short, while the 2010 season remains an illuminating, successful one, and reiterates that the NDTC holds a comfortable space in the national (and regional) artistic consciousness, it’s clear that the task is never finished to keep watered and nurtured the carefully cultivated ground that the late great Rex Nettleford has handed down to his successors.