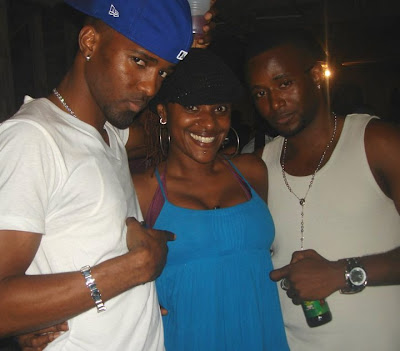 PRETTY DEVIL IN A BLUE DRESS: Lady Deidra is all glee, sandwiched between entertainers Konshens (left) and Delus at FAME FM's beach bash in Hellshire last week. Soak it up, girl! 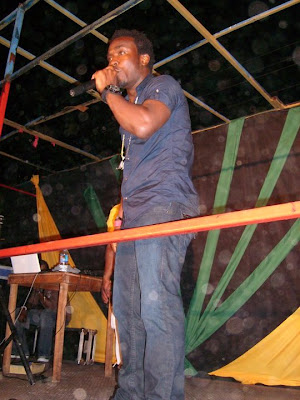 RARE SIGHTING: Gospel deejay Prodigal Son, looking neat as ever, was on stage recently for the Liberation Gospel Party in Pembroke Hall, . Fun times, I'm sure. 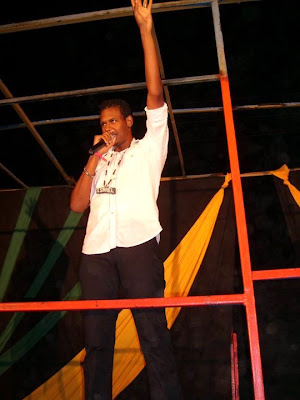 MAKING A 'MARK': Fellow gospel star Ryan Mark (aka ) was also on the bill for the Liberation Party. Can Ryan possibly grow any taller? 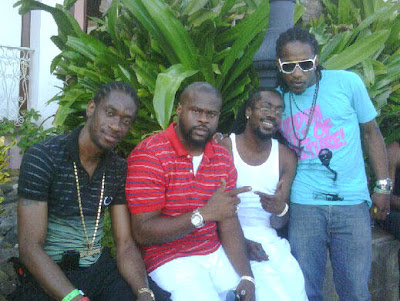 U-N-I-T-Y: Are our dancehall entertainers turning over a new leaf – for real real this time? New ‘besties’ Bounty Killer (left) and Beenie Man (second right), in the wake of their Fully Loaded ‘reunion’, joined fraternity colleagues Wayne Marshall and Bling Dawg for a photo op in Kingston earlier this week. Now if only the females in the industry would follow suit. 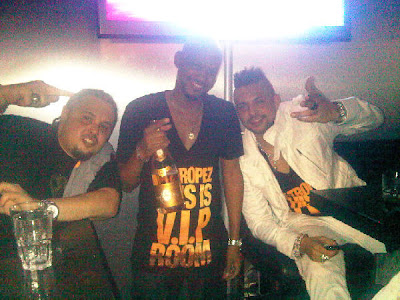 PARTY LIKE A ROCK STAR: Dancehall superstar Sean Paul (right) was recently in summer hotspot St. Tropez, where he partied at VIP Room with pals Coppershaun and Jigzag. Sean Paul is in the midst of a busy summer schedule, which includes performances in Northern Cyprus and a free concert in slated for August 23. 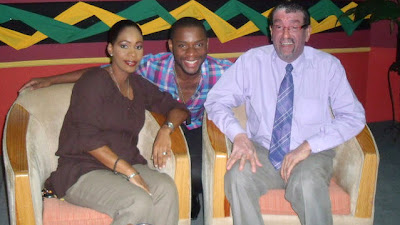 ACTOR IN THE ROOM: New York-based thesp Andrew Clarke (centre), who recently flew in for a summer production in MoBay, visited the set of TV J’s Smile Jamaica to rap with hosts Simon and Simone, who is expecting her first child with hubby Arif Cooper. Congrats to Simone, and best wishes to Andrew!