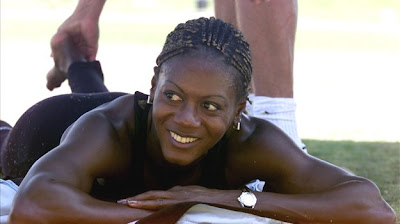 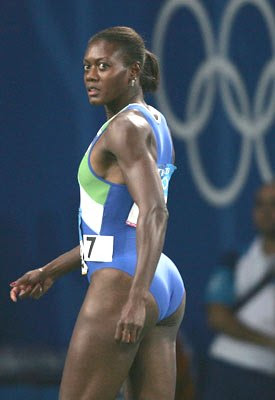 How you do? Auntie Merlene, dem a guh tired fi see yuh face…

According to the latest TALLAWAH polls you are still one of the most beloved born-a-yard Jamaicans ever. So even though are now an adopted Slovenian, your ratings still tall tall.

What a way you ah create headlines ah in your “mature” days. At 50, you still ah run ah big championship. And here in , it means that 99 percent of us are loving your performance. But don’t watch the one per cent; dem have MerleneOtteyphobia. Looks like you’ll never be a quitter. You’ve never been one, so why would you start now, eeh?

So, of course, this news means something incredible on the artistic front. Mek mi pinch you an’ tell you: Some of us are petitioning to have Dahlia Harris Denise Hunt play you in a big movie that has sequel written all over it. In fact, recently we’ve been so inspired watching you do what best that we’ve started working on a special script for, drum roll, please….MERLENE. Because this movie is gonna be so big, it only need a one-world title – even though the big shots at Paramount Pictures might change it just because you come from this side. But don’t watch that. Dem might have MerleneOtteyphobia, too. Bad mind. You’re used to it. And as Miss Kitty say, ‘Don’t focus pon no locus.’

You like the movie idea, don’t it? Mi know you love it. It fantabulous and exciting. Broader dan Broadway. I feel we have an Oscar-worthy blockbuster on our hands, Merlene. By the way, it will be bigger than that superhero action romp Captain Prezi: Dudus Strikes Back that the people in the dismantled seh dem ah plan. Ah competition dem ah run, but mek dem bring it!

I have some difficult news: Spielberg will probably be unavailable to direct, but we’re pretty sure we can get Scorsese or Eastwood. So don’t worry. And I’ll see to it personally that you get your percentage – in EUROS. That palace you’re going to build to host Queen Elizabeth, Beyonce, Jay Z and Lady Gaga and other royalties isn’t going to pay for itself.

P.S. When the script reach a decent stage, we will fax FedEx what we have so far. How the family? 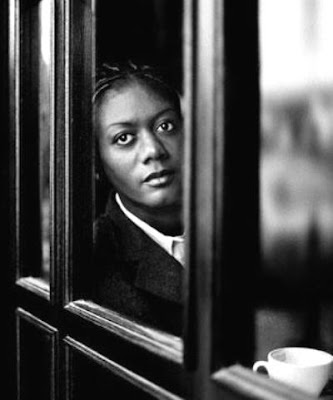 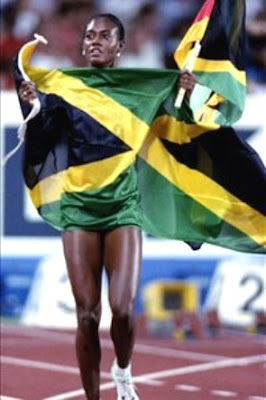