RUMOUR CONTROL: Housecleaning at the OBSERVER + USAIN BOLT still affected by scoliosis?! + New BUJU album on the way + DAHLIA returns to her roots

As belt-tightening – and competition – intensifies in all sectors, a brand new day has dawned at newshouse The Jamaica Observer, with some major restructuring in the works. And that means there have been casualties – already! Entertainment editor and Chat! co-ordinator Yasmine Peru has reportedly been given her walking papers, while there has been some reshuffling on the Sunday and Investigative Coverage desks, leading to the relegation of Cassandra Benton from Sunday Editor to associate editor.

Details on the reason(s) for Peru’s dismissal are still foggy, but an inside source at the paper tells TALLAWAH that Peru never saw it coming, and is probably still in “shock”. Oh, dear.

In the meantime, what will become of Chat! ? From what I’ve gleaned, the afternoon paper has been discontinued with immediate effect until further notice. But I don’t think the gentle folks over at (who also recently said adieu to their entertainment editor LeVaughn Flynn) should start rejoicing just yet. The real plan, I hear, is for Chat! to re-emerge bigger and better in the new year. Stay tuned! 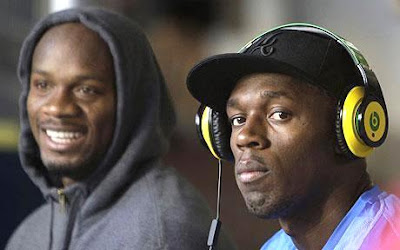 Has the Usain Bolt Express grinded to a halt? The latest buzz on the world’s sport pages is that the fastest man on the planet has joined compatriot Asafa Powell on the sidelines with injury. But while Yendi’s loverman ‘Safa will probably be back in action later this season, Bolt has put down his spikes for the rest of the year! According to the record holder’s manager Norman Peart (and German doctor), Bolt has a strain in his lower back, which may have contributed to his recent loss in Stockholm to hungry arch-rival the American Tyson Gay, and has been advised to take a break. Doctor’s orders.

There is also speculation from ‘experts’ that scoliosis, a condition Bolt was born with, is also hampering his performance. But while the professionals have been busy blaming the loss on scoliosis and lower back strain, the rumour mill has largely placed the blame at the feet of Bolt’s new squeeze, who goes by Milan Da Diva. (In case you are behind on your TALLAWAH issues, here’s the recap). They say she is ‘salting’ him up. Why are folks so awful?

Let’s hope Bolt can bounce back from this wake-up call setback – like the true champ we know him to be – and put Tyson Gay in his place come 2011, a major championship year! 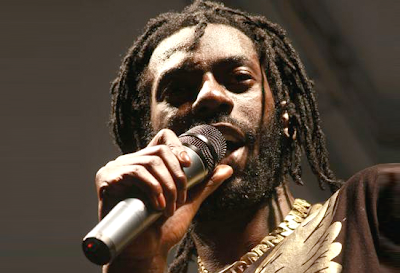 Prison or no, Mark Myrie will not be ignored. Buju Banton’s label Gargamel Music, Inc. has announced the impending release of the incarcerated reggae star’s ninth studio album, Before the Dawn, set to drop in the on September 28. Reportedly, the 10-track disc includes several singles which were written by Banton over 20 years ago.

Recorded mostly at Buju’s Kingston-based Gargamel Music studio, Before The Dawn “literally pierces the soul with traditional roots, easy rock and especially heartfelt reggae.” And according to a release from the label, “the album’s unofficial anthem “Innocent” strikes a highly personal chord that will resonate deeply with longtime Buju Banton fans.”

In the meantime, the presiding judge in Buju Banton’s trial, James S. Moody, Jr., has reset the trial start date for Monday, September 13 at the Sam M. Gibbons District Courthouse in . Does this mean that the embattled reggae legend will FINALLY have his day in court?!

Banton’s last album was 2009’s Rasta Got Soul, which was short-listed for a Grammy for Best Reggae Album. 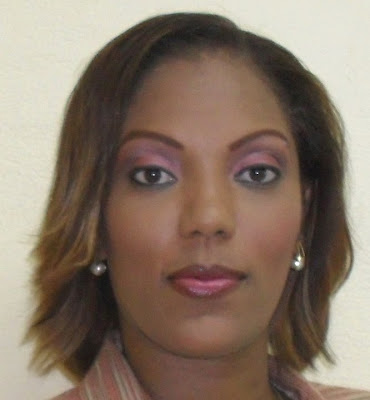 Speaking of talented people, actress/sportscaster/former Jamaica Festival Queen Dahlia Harris is getting her glam girl on for the summer. Harris recently unveiled this photo, which reveals that she has ditched her signature locks for a more processed ‘do. Love it. Sultry with hints of sizzle and attitude.

This new look will truly enhance her secret one-woman show The Real Miss Jamaica 2 Rass. Meanwhile, Harris stays busy this season, wearing producer hats for both the new comedy Ghett-Out and the upcoming drama Against His Will.