RUMOUR CONTROL: USAIN BOLT, is that your new chick?! + RISING STARS kicks one to the curb + RE TV and Kevin Jackson part ways? 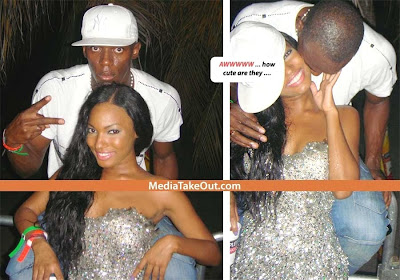 Is Usain Bolt’s love life getting serious this time or is he still just playing the field? The World’s Fastest Man, 23, was spotted and photographed at the ATI/Dream Weekend in Negril over the Emancipation holiday canoodling with a pretty young thing, whom sources confirm to TALLAWAH is Jamaican-born reality TV star Lesa “Milan” Wee-Tom, who appeared on BET’s College Hill in 2009 and has participated in every pageant beauty pageants such as Miss Hollywood Teen USA, Miss Jamaica Florida, Miss Miami Tropic, Miss Florida Caribbean, Miss Jamaica Caribbean World the Miss Caribbean World 2010 competition.

Milan Da Diva (the name she goes by on Twitter) is based in and is only 21, but she’s been very busy, as you now realise. And she’ll be representing at the upcoming Miss Jamzone pageant in . Apparently, pageants have officially become ’s thing. On Thursday she tweeted: Once the pageant bug bites.. You become permanently infected!! :) AND I'm officially in pageant mode!!! I have titles to win ☺ The world can't hold me .. Too much ambition!!!

She describes herself as “just a simple girl enjoying life.” Well, if she’s not a temporary diversion, perhaps she’s exactly what Bolt needs right now: simple and fun. Stay tuned for more! 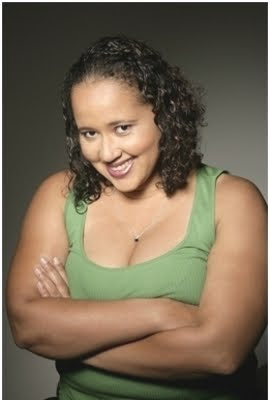 What will become of Beres Brown? The 'Rastafarian' singer who was hoping to use Digicel Rising Stars as a launching pad for his music career has found himself on the sidelines after he was ejected from the televised talent competition last week, becoming the first contestant in the show’s seven-year history to be so dismissed. Rising Stars’ no-nonsense producer Sharon Schroeter (above) in a media release, described Brown as “rude, disrespectful, intolerant, abusive and confrontational,” but Brown, in his defence, has said in interviews since his exit that organisers of the popular competition unfairly singled him out and just “didn’t like me.”

While I always try to reserve judgement in cases like these, Brown did strike me as a very brash (possibly overconfident) chap, just watching how he interacted with the show’s new host Lady Rennae. His dismissal from the competition, though, is rather unfortunate.

Moving on… In other Rising Stars dish, why is The Chill Room so BORING this season?! That new girl Kimone ain’t it – at all! I suggest that producers keep her on the road doing those vox pop interviews, and let someone like spicy Pepita rap with the contestants. Please and thanks.

In other TV news, have Reggae Entertainment Television (RE TV) and long-serving producer and production manager Kevin Jackson parted company after such a long and fruitful relationship? A source at RE TV recently told TALLAWAH that Jackson (also a seasoned entertainment writer) worked his final day at the station last week and is looking ahead to new challenges. Godspeed, Kevin!

* In Support of Miss Phillipps: An end to the Yendiphobia, please!