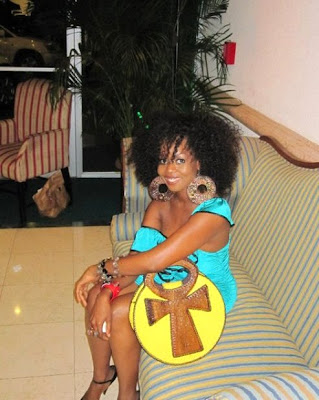 BAG LADY: Dancehall-soul songbird Cherine Anderson is looking like million-dollar cotton candy backstage at the 2010 Miss Jamaica World pageant recently. Cherine was among the night's performers at the pageant. Loving the bag, Cher :) 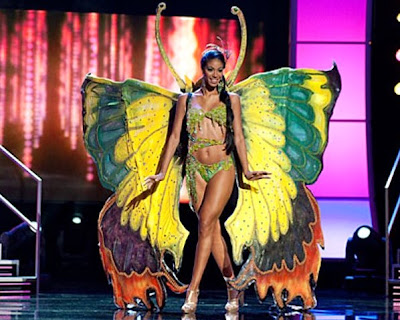 JAMROCK GIRL: Working the Miss Universe 2010 stage in Las Vegas for a recent pre-taping, Yendi Phillipps is a gorgeous picture of poise and sexy. BTW, that's her national costume. Love it. 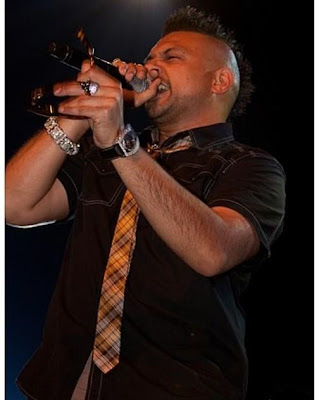 PARTY BOY: Sean Paul and his hairpiece was spotted entertaining fans in Holland at the hip and happening DJ Guide. SP is also gearing up for a free concert (!) in Brooklyn later this week. 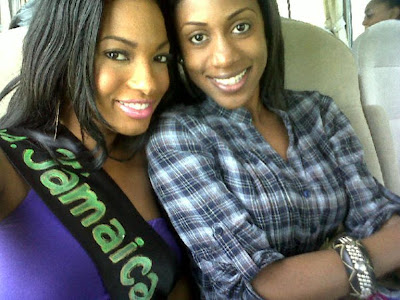 GLAM GIRLS: Across the sea, Usain Bolt's squeeze Milan Da Diva (left) was spotted hanging with a fellow contestant in Guyana, where she is competing in the Miss Jamzone competition. I've never heard of such a pageant before either. 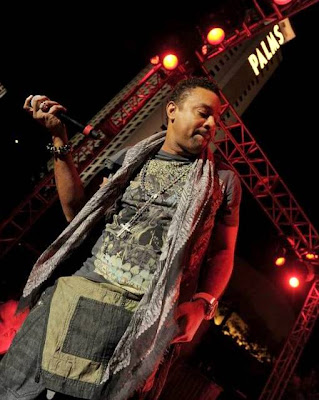 DESTINATION VEGAS: Seems Yendi is not the only Jamaican having a blast in Vegas. Shaggy got his party on at The Palms, where he also hit the stage. Congrats are also in order for Shaggy and his lady love, Rebecca, who very recently added twins to their brood. 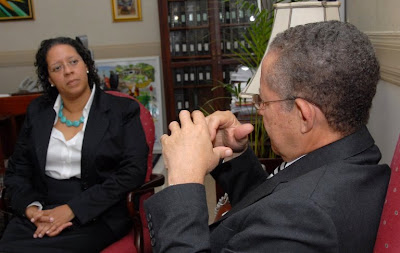 FOREIGN AFFAIRS: Prime Minister Bruce Golding welcomed new Country Director of the United States Peace Corps, Carla Ellis, during her courtesy call at his office on Thursday, August 19. Ellis, who was formerly assigned to Suriname, is looking forward to celebrating the 50th anniversary of the corps in Jamaica next year.