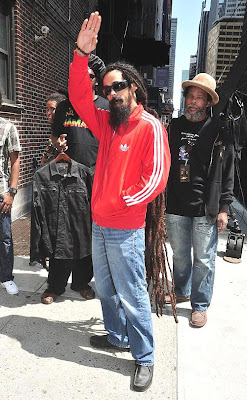 With his record-gunning locks in tow, Damian Marley and his Adidas (!) sweatshirt headed to a taping of the David Letterman Show in New York on Monday, where he performed "Count Your Blessings" off that classic Distant Relatives album with Nas. 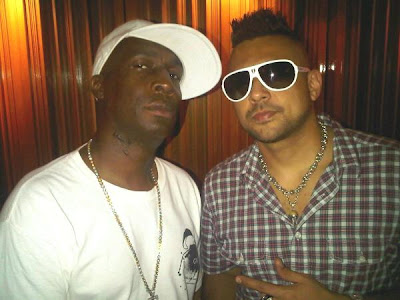 Sean Paul met up with hip hop legend Grandmaster Flash, who was recently here in Jamaica for a Heineken Green Synergy event. SP later twitpic'd this photo. (1) I see the "duttyhawk" hairdo is here to stay (2) I need a pair of those fab shades, stat! 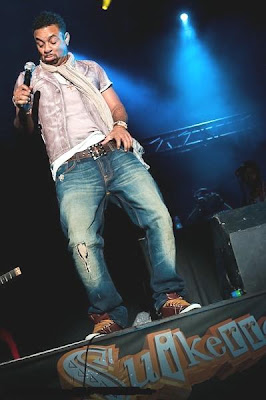 Days after working up a sweat on the International Night stage at Reggae Sumfest in MoBay, Shaggy flew to Belgium to deliver again for his fans - at the Suikkerock Festival held earlier this weeek. And there he is on stage just doing what he does best. 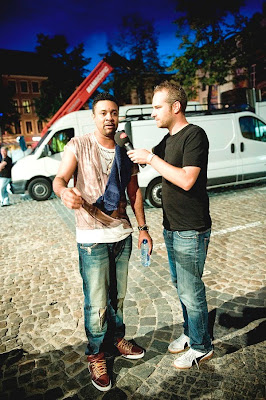 Shaggy was interviewed by Belgian journalist Stubru after what I can imagine was another energy-filled, tiresome performance. 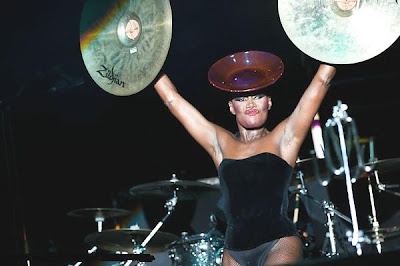 And my favourite wacky 'auntie' Grace Jones also performed at Suikerrock 2010 in Belgium earlier this week. Now what exactly is she wearing this time?! Gotta love her. For a very strange reason she strikes me as an older version of Rihanna in this pic.

Posted by TALLAWAH Magazine (tallawahmagazine@gmail.com) at 11:46 am