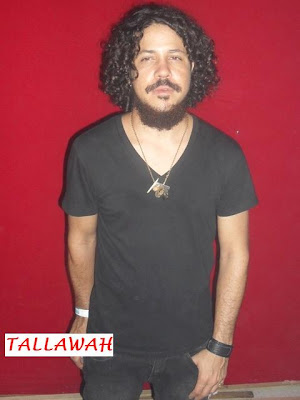 THROUGH HIS LENS: "I hope viewers are clued in to what Jamaican filmmakers are capable of," says Saulter.

With his keenly anticipated new film Better Mus’ Come, Storm Saulter is poised to emerge from the wings as a Jamaican director of note with a burgeoning career set to take him places. Set in the politically turbulent 1970’s , the film explores complex human relationships, strife, struggle and hope, and delivers performances from a solid ensemble, led by Sheldon Shepherd, Everaldo Creary, Roger Guenver Smith and Karl Williams. As the countdown to the Jamaican premiere deepens, Saulter discusses preparations, expectations – and piracy.

After such an extravagant waiting period, your buzzworthy feature film Better Mus’ Come is slated to finally arrive in local cinemas October 13, amidst ’s annual celebration of our national heroes. Is there any significance behind releasing the film around Heroes’ Day?

Things have come together like that for different reasons, so the timeline happens to be very significant. The film is making big statements about where we have been as a people and also our present. It’s a period piece as well, dealing with gangs and politics. It’s a film that will make you think.

Basically, I share editing credit with another filmmaker, Paul Bucknor. What we have done is make some cuts and watch with producers and some test audiences in , and all over. We want to make sure [the film] has universal appeal.

What do you hope audiences take away after seeing the final cut of Better Mus’ Come?

I hope they are clued in to what Jamaican storytellers are capable of and feel empowered to support the film movement – and also question the society in which we live.

Seeing that, for filmmakers, it is a nightmare as old as technology itself, are you worried about piracy?

Piracy is definitely a factor, and we have to take all precautions against it. But we have to show the film to people and for them to pay to see it. Piracy doesn’t help.

Well, for now, I’m focused on the next phase of Better Mus’ Come, and seeing what works. I’m also producing a new series called New Caribbean Cinema and trying to help foster a real movement. I’m also working on some new features. There’s more to come, but I can’t talk about those right now. Right now, I want to spread the word about Better Mus’ Come so that we can sustain the buzz.

* Award-winning actress Nadia Khan is learning as she goes