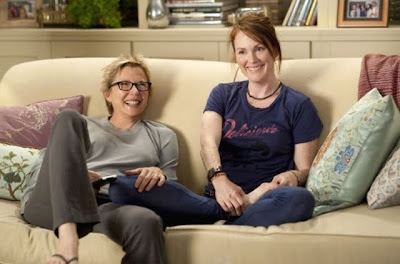 WOMEN IN LOVE: Annette Bening (left) and Julianne Moore have wowed the critics with their astonishing work, playing lovers, in The Kids Are All Right.

The countdown to Tinseltown’s silly season – the awards extravaganza – is already heating up, and so too the buzz surrounding the most Oscar-worthy performances so far this year. Like my fellow Oscar watchers, I’m already super-excited. Here’s a quick rundown of the leading women who are already the talk of the circuit:

ANNETTE BENING:
Critics have hailed her portrayal of the highly driven Nic, in Lisa Cholodenko’s widely praised lesbian drama The Kids Are All Right, as one of the finest to hit the screen in 2010. After past nominations for such films as American Beauty and Being Julia (losing to Hilary Swank both times), could she finally, finally (!) get her due?

JULIANNE MOORE:
One of my fave actresses, Moore is also being touted as another possible Best Actress nominee for her turn as Bening’s sweet-natured lover in Kids. However, I think she will stand a better chance of taking home the trophy if she is pitched as a supporting actress. (Think Catherine Zeta-Jones opposite Renee Zelwegger in 2002’s Chicago).

JENNIFER LAWRENCE:
In the wake of Sundance, the buzz surrounding Lawrence has been nothing short of phenomenal. Critics were simply in awe of her riveting performance in Winter’s Bone, as a fearless young woman who will stop at nothing to protect her family home in the piercing drama. For some reason, though, I fear the early buzz will fade by the time Oscar ballots start making the rounds.

NICOLE KIDMAN:
Kidman hasn’t been up for a major award since her much-deserved win for Stephen Daldry’s 2002 masterpiece The Hours (as Virginia Woolf). Her latest performance, as a grief-stricken mother in Rabbit Hole (opposite Aaron Eckhart) has been delighting film festival audiences and critics.

HILARY SWANK:
With two Best Actress Oscars (Boys Don't Cry and Million Dollar Baby) already on her resume, Swank seems poised to snatch another nomination for an awards-baiting performance in the true story (!) of a woman who puts herself through law school to represent her brother who has been incarcerated for a crime he didn’t commit. From the looks of the trailer, Swank puts her foot all up in that role.

NATALIE PORTMAN:
I totally fell for her superb supporting work in Closer (she was soooo robbed!), so I am secretly rooting for Portman to pull an upset and snatch that Oscar for what I hear is a splendid, completely committed leading performance as a mentally unstable ballerina in the upcoming Black Swan, a big hit in Venice and Toronto. 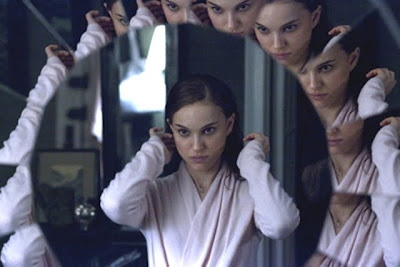