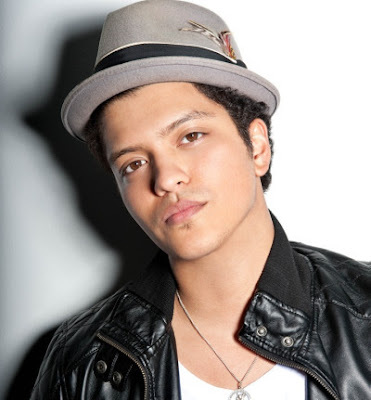 These days, the million-dollar question isn’t, who is Bruno Mars? It’s, what is Bruno Mars poised to do next? Yes, it’s great to be young Bruno Mars, the gifted, smooth and soulful Hawaiian-born crooner/producer, who’s been enjoying a magical run in the pop world since listeners and critics fell for his honey-coated hooks on tracks by ascendant rapper B.O.B (“Nothin’ on You”) and bad-boy hip-hopper Travie McCoy (“Billionaire”).

But it appears that Mars’ shot at solo stardom, his real shining time, has finally arrived, what with the release of his keenly anticipated debut, Doo-Wops & Hooligans (Elektra/Asylum), a refreshing and appealing 10-track concoction of radio-ready and catchy pop tunes, flavoured with everything from reggae and blues to soul and funk. Throughout the record, Mars (25, born Peter Gene Hernandez) projects emotions that reel you in, as well as a boyish innocence, and a sensitivity that serves to ratchet up the effervescent energy and the authenticity of his lyrics.

Lead single “Just The Way You Are,” a piercing ode to unconditional love, is already a major Billboard hit, fresh on the tongues of both puppy-love schoolgirls and grown men. Then there’s the pulsating groove “Grenade,” steeped in the pleasure, passion and pain that regularly characterize intimate relationships.

But the real standouts on the disc that must be highlighted include the luminous mid-tempo smash “Liquor Store Blues,” a melodious boom-box joint that wonderfully, if humorously, explores addiction (“I take one shot for my pain, one drag for my sorrow/Get messed up today, I’ll be okay tomorrow”). You simply can’t get lyrics more droll or brainer than that. The track is made all the more alluring thanks to a great cameo from reggae superstar Damian ‘Junior Gong’ Marley.

The guest appearances continue with smart contributions from Cee-Lo Green (for whom Mars penned the new hit “F-ck You”) and B.O.B on the anthemic album closer “The Other Side.” Another favourite, the beautifully written “Talking to the Moon,” finds Mars waxing poetic about love and longing – a forte that the singer employs with great results in his work.

In short, there’s hardly anything to complain about on Doo-Wops & Hooligans. Bruno Mars has a bonafide hit album on his hands that fans and investors in good music will lovingly appreciate. The multi-talented Mars makes ample use of his gifts as writer and vocalist with remarkable results, blending an appealing outside-the-box approach with modern relevance and James Blunt-esque sensitivity.

That said, the singer has a promising future that appears set to capitalize on not just his deft songwriting but also his amazing singing talent. Delivering a playful sense of humour and terrific vocals, while repping for the females (‘doo-wop’ grooves) and the fellas (‘hooligan’ joints), Mars’ debut release is nothing if not an impressive success for the rising star. Tyrone's Verdict: A 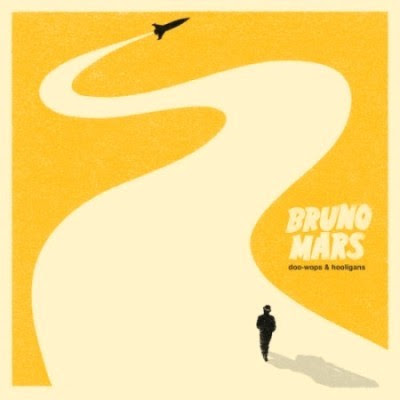