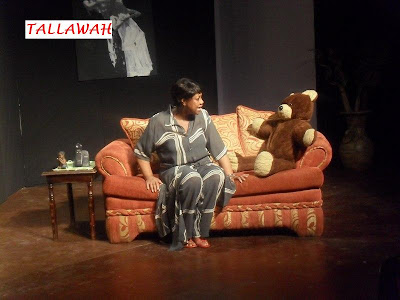 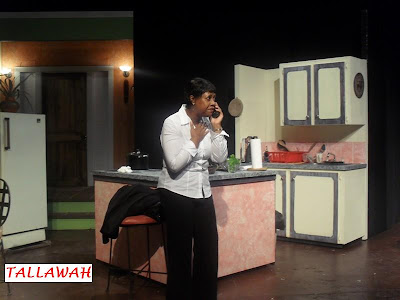 MASTER CLASS: Christine Bell enthralls with a splendid performance in Josephine's Night Out.

One evening after another long, hard day at work Josephine Benedict returns to her swanky apartment bearing a gorgeous bouquet of flowers, lets out a triumphant ‘Yes!’ and then proceeds to relate to her beloved Chappy the wonderful events of her day. A man, a dashing man, from her past had been in touch out of the blue and would be joining them for dinner. Chappy, the perfect confidant, listens attentively to the infectiously joyous tale, giving Josephine his full attention though he utters not a word. Supporting her through his warm and thoughtful silence. Isn’t he just great? However, Chappy is not a person. He is an oversized chocolate-brown teddy bear that sits smugly on Josephine’s living room couch. Josephine’s sole companion.

Josephine and Chappy are the two primary names that populate Basil Dawkins’ bruising paean to loneliness and longing, the one-act play Josephine’s Night Out (set in contemporary Los Angeles), which was presented at the Theatre Place in New Kingston over the weekend to benefit the JADA Theatre Artistes Benevolent Fund. Playing the somewhat loopy title character, Christine Bell gives a masterful portrayal of a widow stuck in the past and seemingly still harbouring bitterness about her failed marriage to a “straight homosexual” nearly two decades ago. Emotionally damaged as she is, Josephine is determined to prove (to herself mainly) that she is bruised but not broken, and ready to take the plunge back into the dating pool.

But first she must get past her vindictive mother (intent on derailing her daughter’s romantic life), whom we never meet but learn of through heated phone conversations and an utterly spell-binding flashback story that Josephine later relates to Chappy (while preparing a steak dinner) as a sort of recap of her life, including her pitiful ordeals, her political dabblings and how she became a “social reject,” a woman trapped by circumstance. It’s a powerful, moving performance from Bell, the kind of full-bodied acting that frequently exalts the most daring, telling one-woman showcases. Bell, an Actor Boy-winning actress who has been away from the stage for a minute, is in transcendent form spewing lines from Dawkins’ terrific script and Eugene Williams’ wonderfully sublime direction. Encore, please!
Tyrone’s Verdict: A+ 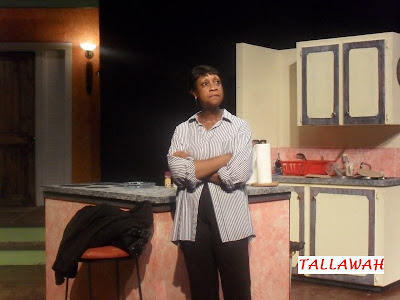