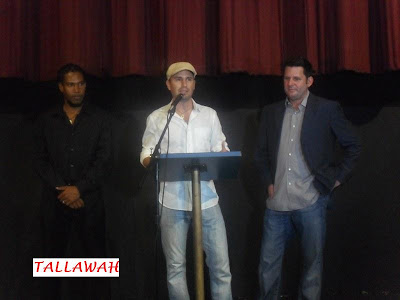 RISING UP: Luciano Blotta (centre), director of the new musical docudrama Rise Up, addresses the audience prior to the premiere of the film at the Carib Cinema in Kingston earlier this evening (Tuesday, October 26). Sharing the moment are Marc Hart (right) and music producer Carlo Less. 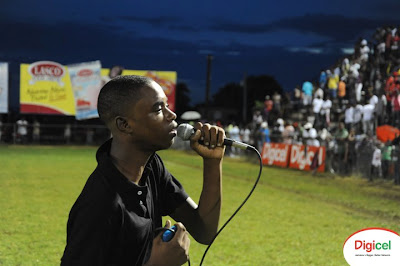 ROCKIN' THE MIC: 2010 Digicel Rising Stars champ Dalton Harris is wasting no time getting his shine on. Harris was spotted at the Arnett Gardens mini-stadium on Sunday evening providing half-time entertainment for football spectators who came out to enjoy action from the ongoing Digicel Premiere League. 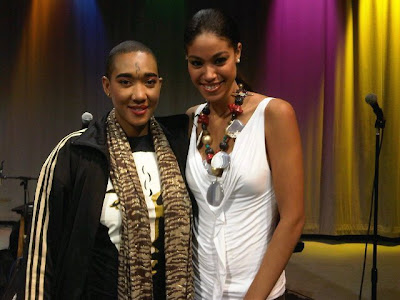 FAB CHICAS: Overseas-based songbird Diana King, who is currently in the island for upcoming engagements, shares lens time with Yendi Phillipps on the set of Monday's taping of TV J's Smile Jamaica. So great to know Diana is still doing her regal thing. Yendi, meanwhile, is getting good practice as Simon's co-host of the morning programme while Simone is away on new mommy duties. 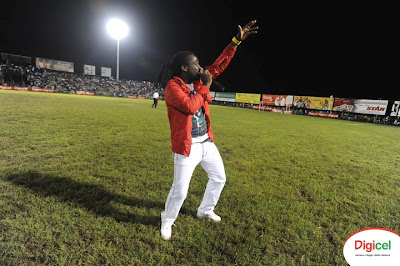 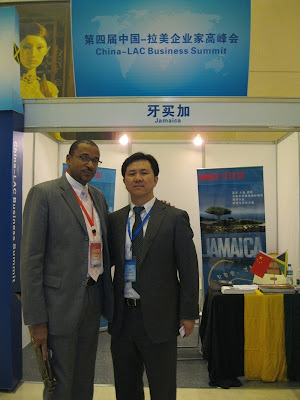 FOREIGN AFFAIRS: Ambassador to China, Courtney Rattray (left), shares a moment with Deputy General Manager of COMPLANT International Engineering and Development Corporation America & Asia Department, Mr. Kevin Q. Fu. Occasion was the opening day of the 4th Annual China-LAC (Latin American and the Caribbean) Business Summit in Chengdu, China (from October 21-22) under the theme, "Strength accumulated from cooperation, growth witnessed by harmonious development." The COMPLANT subsidiary will be the main contractor for the construction of more than 3,500 houses in St. Elizabeth and St. Ann under the Ministry of Water and Housing's Low-Income Housing Project. COMPLANT's history of construction in Jamaica includes work on the Trelawny Multipurpose Stadium and the Montego Bay Convention and Exhibition Centre. 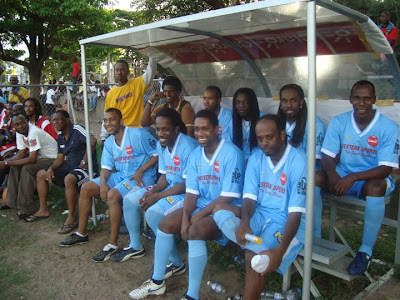