THEATRE REVIEW: Superb Cammock and McDonald-Russell are double the pleasure in ‘Single Entry’ 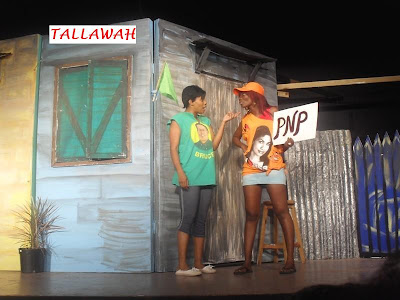 Joining Patrick Brown’s Vibes as another crowd-favourite revival now renewing a connection with audiences in Kingston, Aston Cooke’s award-winning Single Entry, a wide-eyed look at struggle, resilience and immigration woes, wins over its viewers with its extensive capacity for broad humour, its true-to-life, understandable circumstances and a pair of sharp performances from its terrific leading ladies. At the same time, Cooke’s strong script fares well under direction from Michael Holgate, though the final stretch leading up to the play’s conclusion feels overworked. Still, the issues examined in Single Entry remain both relevant and relatable.

Sharee McDonald-Russell (who dazzled in last year’s Easy Street) and the usually outstanding Nyanda Cammock swap lines as Cherry and Sonia, long-time friends and neighbours from the same struggling community, who are determined to eke out a better life for themselves overseas. Setting their sights mainly on the United States (the right “farin,” according to Sonia), they make their way to the American embassy, only to have their request for visas declined repeatedly, until Mother Luck takes pity on them and they finally find themselves the holders of single entry visas to the United States. Don’t be fooled; this is no major setback for the two desperate women who secretly plan to permanently reside in the US “by the hook or by the crook.”

Cooke’s Single Entry is a play riddled with issues that hit close to home for many. While it may resonate strongly with some more than others, the play transports its viewers into a world of ‘sufferers’ and presents up-close examples of the people and their hardships. As Sonia, that livewire realist who has no qualms about her mode of “self employment,” Cammock is unstoppable. As with Camille Davis (who is currently turning it out in Vibes), it’s great to see Cammock really coming into her own as an actress with immense confidence and good comedic timing. In the role of the God-fearing, high-minded and “politically active” single mother Cherry, McDonald-Russell also shows good form and tremendous improvement in her overall stage presence. The ladies get solid support from young newcomer Akeem Mignott (who plays Cherry’s delinquent son) and Dennis Titus, who fills the role of her son’s shady father.

An undertone of the habitually shocking impact of politics on the life of constituents (and how the system is often skewed against persons who are the products of certain environments) courses provokingly through the work. In the end, though, Single Entry is really about friendship, family and the ties that bind. And though the play’s steam occasionally loses force, at its best, Single Entry is side-splittingly funny business. Tyrone’s Verdict: B 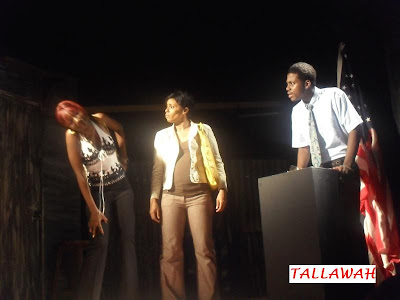