SEND IN THE CLOWNS: The University Players are currently in the midst of their latest production, an adaptation of French great Moliere's Tartuffe, now running at the Philip Sherlock Centre, UWI Mona, through October 18. The inclement weather may have kept me from attending the comedy's opening over the weekend, but TALLAWAH still managed to get hold of some photo highlights of action from the stage. 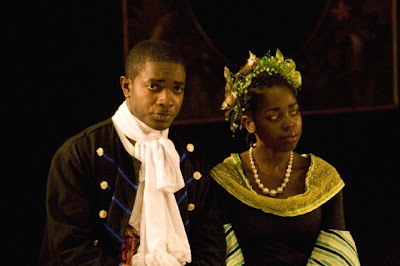 Randy McLaren and Natasha Griffiths are ready for their close-up. 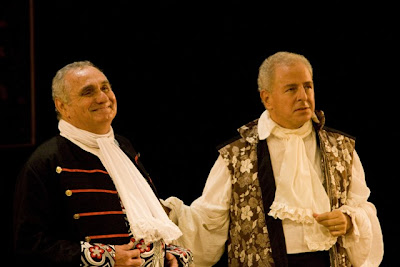 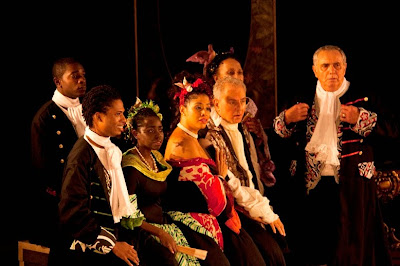 The ensemble caught in a moment of deep thought.