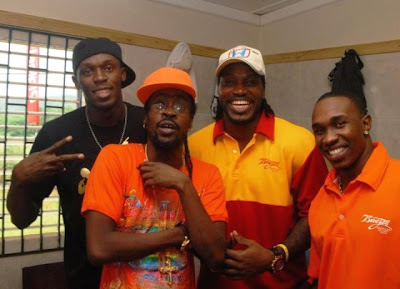 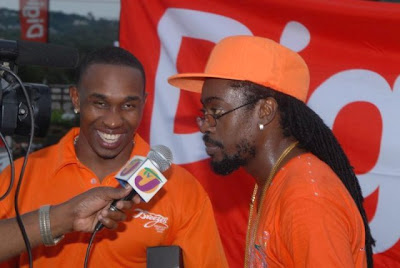 Dwayne Bravo and Beenie Man chat it up with TV J 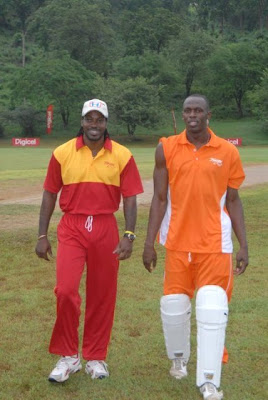 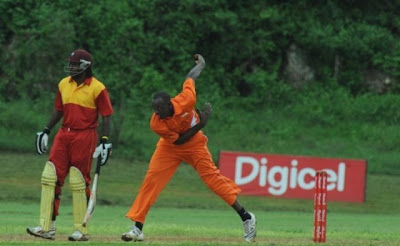 Bolt aims for the mid stump 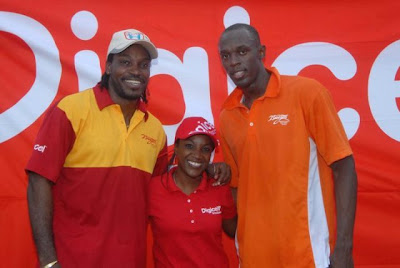 Chris Gayle deeply appreciated the support. “We’ve had a really good turnout despite the rain and I’d like to thank the fans for coming out in support of this initiative – all the proceeds of which go towards the Heart Foundation of Jamaica. I would also like to give a special thanks to Digicel for its support and to Usain Bolt, Beenie Man and all of the cricketers who gave their time for a worthwhile cause.” (Photo highlights courtesy Digicel Cricket)