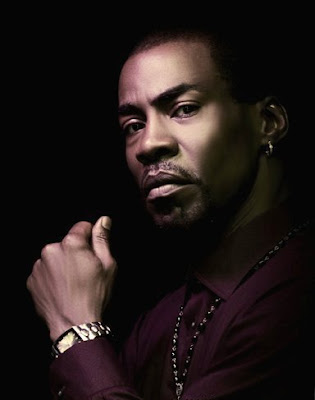 A LIFE IN FULL: Paul Campbell to take viewers into his world with upcoming production

Fresh off his battle with cancer, Jamaica-born actor Paul Campbell is ready to take audiences on a journey of his life, a journey that included stardom and homelessness. Premiering 8pm, December 11, 2010, at the Miramar Cultural Centre, Paul Campbell: The Life and Times of a Jamaican Movie Star is a first-hand, honest and compelling story that delineates aspects of the life of the versatile Jamaican actor, mapping his growth as a human and an actor. Along the way, the stage piece also offers a gritty and humorous perspective of Jamaican life and culture that many will find astounding, enlightening, or simply just jaw dropping. It's testament of pure perseverance that the overseas-based actor has endured the heights of fame and the depths of despair.

Campbell earned acclaim in his debut title role in the film The Lunatic, a film that has now become a comedic classic. His next big role was as the notorious and unforgettable villain Priest, in Dancehall Queen (1997). Two years later he portrayed the larger-than-life heroic cop Capone in the highest grossing film out of Jamaica, Third World Cop. Yet, Paul Campbell: The Life and Times of a Jamaican Movie Star is one of Campbell’s most gratifying roles.

“We are very excited about this project, because it’s surreal in the sense that I get to connect with the audience in a real-life setting, and take them on my personal journey by fusing live theater and hi-def interactive segments,” says the venerable Campbell. “Most importantly,” he adds, “It is a platform that has helped me launch Stretch, whose mission is quite simple: take the guns out the hands of today’s youths and replace them with cameras and encourage them to ‘shoot with the camera not with the gun!’”

Call it payback, but for the actor so readily identified with violent characters, Campbell is determined to encourage young people to explore alternatives to violence, and insists on engaging teens on every leg of the 25-city tour of “Paul Campbell: The Life and Times of a Jamaican Movie Star.

Meanwhile, tickets for Paul Campbell: The Life and Times of a Jamaican Movie Star are US$32.00 and are available at the Miramar Cultural Centre Box Office, 2400 Civic Center Place, (Red Road, North of Miramar Parkway), online at MiramarCulturalCenter.org or by calling 954-602-4500. The show is a presentation of Campbell’s production company Cine Enigma, The Miramar Cultural Centre and Riddims Marketing.

Posted by TALLAWAH Magazine (tallawahmagazine@gmail.com) at 9:16 am