BEST OF TALLAWAH 2010: To concur with chief judge, Fabian Thomas, the long-running Tallawah tertiary drama/comedy festival remains a catalyst to encourage emerging young actors, writers and directors from across the region to bolster their creativity and artistry in a bid to help keep alive the performing arts for new generations. In the same breath, though the competition annually churns out a mixed bag of entries, juicy, quality selections are always discovered in the categories of monologues, storytelling and mini-productions that are at once revelatory and praiseworthy. Case in point, those highlighted below that delighted the audience at Sunday’s Best of Tallawah showcase at the Philip Sherlock Centre. 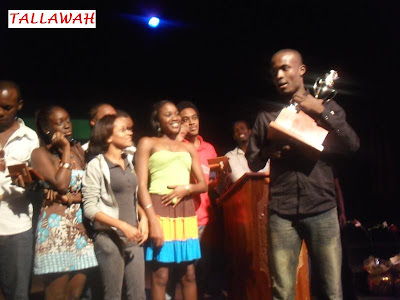 Director Rayon McLean and his cast of actors (the group is called Quilt) accept the Best Production prize for their experimental mini-production Apostrophe, a rebellious and plush examination of race relations and prejudice in the era of slavery. The Verdict: Deftly blending rebel poetry and storytelling with the haunting strains of Nina Simone’s “Strange Fruit,” Apostrophe is an exquisite, memorable patchwork that delivers echoes of the Jamaica Youth Theatre’s Graffiti – a sure indication of McLean’s tendency towards defiant works that both question the past and issue a challenge for the way forward. 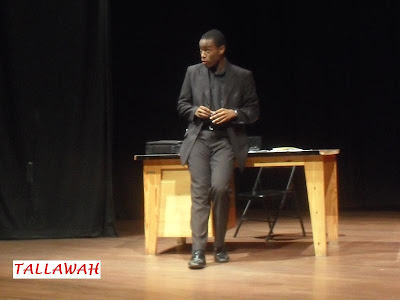 Best Actor winner Shayne Powell (a fast-rising actor to watch) nicely carries the weight of Murder at Midnight, a humorous (if farcical) tale of a hotel detective and a bizarre case of whodunit he happens upon one evening while on duty. The Verdict: Smartly written and benefitting from Powell’s pitch-perfect performance, the piece is a whimsical delight that teases, puzzles and tantalizes. 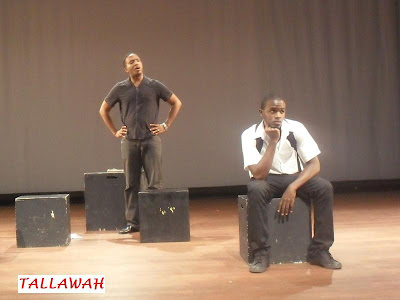 If you enjoyed the 2008 Oscar-nominated film Doubt (or John Patrick Shanley’s Tony-winning play on which it is based), you should be able to appreciate Tableaux’s emotional, well-acted ensemble piece Taboo, in which a dedicated male schoolteacher is accused of having improper relations with a male student. The Verdict: Equal parts sobering and sublime, Taboo (Best New Play winner) has the makings of a rich dramatic potboiler, the likes of which only a full-length production can truly satisfy. 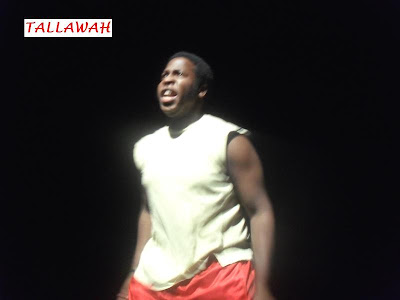 Turns out Sean Andrew Bennett was concealing his remarkable acting chops all this time. Who knew? With admirable stage presence and the capacity to zone in on a character’s vulnerability and emotional weakspots (were those real tears?), Bennett was simply a knockout in delivering Knock Knock, a thoroughly winsome monologue about the father-son bond. The Verdict: Bennett nails the piece fantastically, leaving only room for our extended applause. Hopefully this means he has plans to give acting (even part-time) some serious consideration. A job well done. 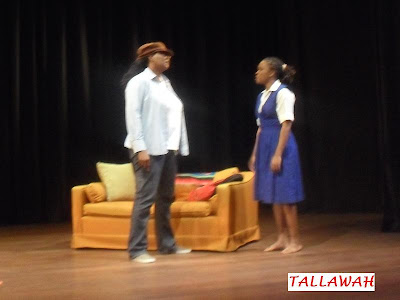 Kim Weekes (left) justly earns her Best Actress honour for her outstanding performance as a mother who pimps her daughter for economic gain in Pretty Daughter, an award-winning entry from Barbados’ Cave Hill campus. It’s acting that borders on harrowing, even as Weekes seems to pull her characterizations from a blend of Queen Latifah’s Cleo in Set It Off and MoNique’s Mary Jones in Precious. You get the picture. The Verdict: As uncomfortable as the subject matter appears, Pretty Daughter is undeniably pertinent and splendidly delivered.