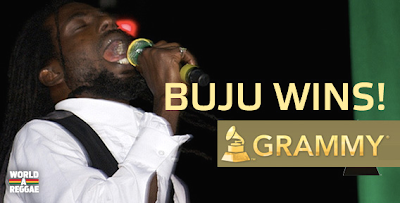 After five career nominations, veteran Jamaican entertainer Mark ‘Buju Banton’ Myrie has finally been awarded a Grammy Award for Best Reggae Album – for his latest work, Before The Dawn, a prophetic album which finds the entertainer returning to his roots as a reggae artiste. He was also nominated last year for Rasta Got Soul.


This year’s other nominees for the Reggae Grammy: Gregory Isaacs (King Isaac - Isaacs Meets Isaac); Lee 'Scratch' Perry (Revelation); Bob Sinclair and Sly and Robbie (Made in Jamaica); Sly and Robbie and the Family Taxi (One Pop Reggae) and Andrew Tosh (Legacy: An Acoustic Tribute to Peter Tosh).

Responding to the nomination, a statement from Banton's management over the weekend quoted him as saying, "It feels good. I have been nominated four times before although I never won. To me it means a lot because it shows that my music has transcended a lot of borders and people are now paying attention to what I'm saying in-depth."

Banton goes on trial in the United States on Monday, February 14, on drug-related charges. He faces up to 20 years in prison.

In the meantime, check out Buju (looking serene and soulful) covering the February issue of Buzzz Magazine, in stores now: 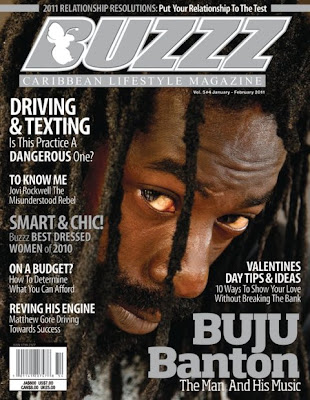