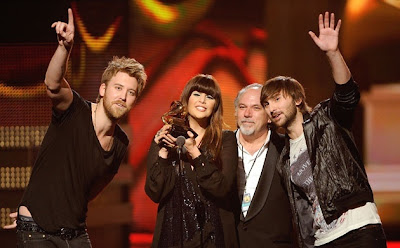 
A ‘Country’ sweep... Vocal group Lady Antebellum swept the top singles category, taking wins for Song of the Year and Record of the Year (two of the most coveted trophies of the night!) for their soothing runaway hit “Need You Now.” I can’t get enough of that song... The group also copped Best Country Album, Country Song and Country Performance by Duop/Group, taking their total tally to 5 wins.

Where is Kanye West when you need him... On the matter of upsets, easy favourite Drake was deprived of lost the Best New Artist award to relatively unknown newcomer, Esperanza Spaulding, a jazz musician and vocalist. No shade to Esperanza, but Drake, the ascendant rapper who turned hip hop on its ear over the last two years, was robbed. Big time.

Don’t sleep on Gynnie... A superb collaborative performance came from Cee-Lo Green and Gwyneth Paltrow, the Oscar-winning actress for Shakespeare in Love. They gave a terrific rendition of Green’s game-changing single “F--- You.” Paltrow, by the way, is a decent vocalist, in case you you were one of the millions shocked to see her gracing the stage. Need proof? Check out her luminous vocals on the Oscar-nominated track “Home,” off the soundtrack for her 2010 film Country Strong.

Reggae salute... The Jamaican community in the Twitterverse came alive when mention was made of reggae legends Gregory Isaacs and Sugar Minott during the In Memoriam segment, which shone the spotlight on those that bid farewell to the music world in 2010.

What a dud... And in what felt compellingly like an anticlimax, Canadian rockers Arcade Fire closed the show by snagging Album of the Year for their much-buzzed-about-album The Suburbs.

Gaga-tastic! Queen of artistic eccentricity Lady Gaga – and her egg – stole show with a stupendous performance of her new single “Born This Way.” Fierce all the way. Loved it! 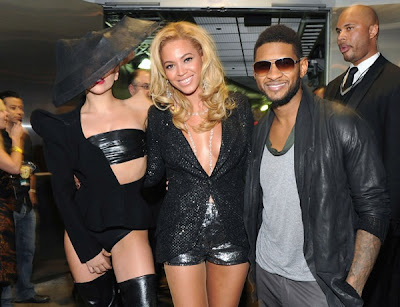