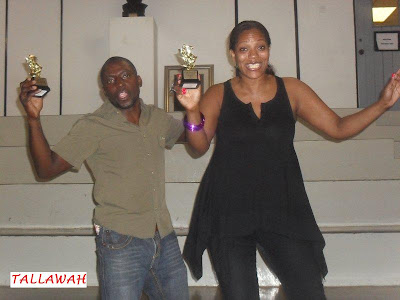 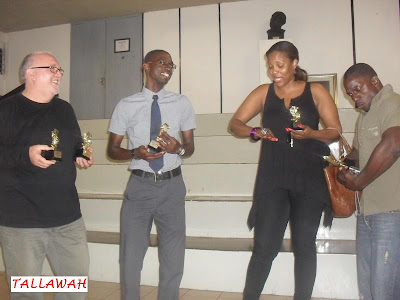 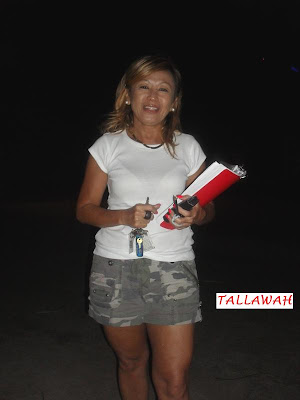 WORKING GIRL: Award-winning actress Terri Salmon has the studious thespian look down pat as she heads into rehearsals for her new play Ungrateful Sinting at the Theatre Place in New Kingston on Monday. Salmon recently returned from St. Vincent with the cast of I Take This Man following a run of sold-out performances. 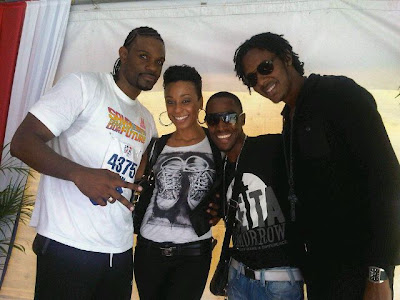 NEW QUARTET? Surrounded by popular entertainers D-Major, Omari and Ryan Mark, songbird Alaine looks like the female vocalist in a male-dominated band about to hit the tour bus. The fantastic foursome were, in fact, spotted at the 2011 Sigma Corporate Run in New Kingston last week. 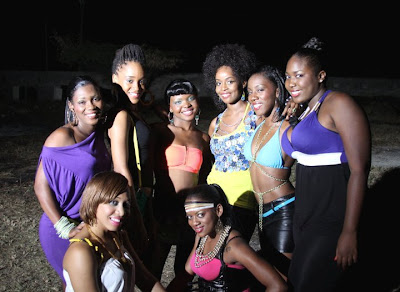 WHERE MY GIRLS AT? Singer Cherine Anderson (centre) posed for pics with her team of lithe backup dancers on the Port Royal set of her provocative new music video, "Make Up Sex". Since its release on the weekend, the high-energy vid has received kudos from Cherine's legion of fans as well as industry insiders. 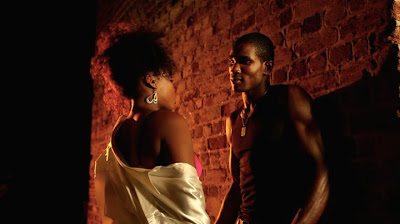 BRIEF ENCOUNTER: Still on set with Cherine, in this scene from the "Make Up Sex" video she shares lens time with her hunky male lead (model Robert Taylor), who plays her possibly cheating lover. She is about to give him a serious "search."