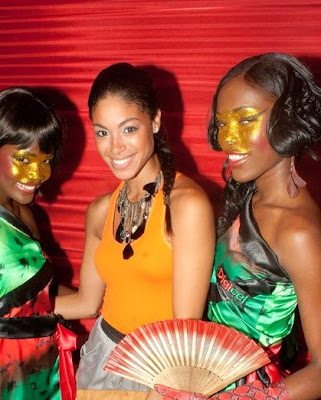 GIRLS' NIGHT OUT: Yendi and a pair of Digicel girls look uber-cute at the Bacchanal Opening Night in New Kingston earlier this week. Judging from these vibrantly colourful looks, spring is certainly in. 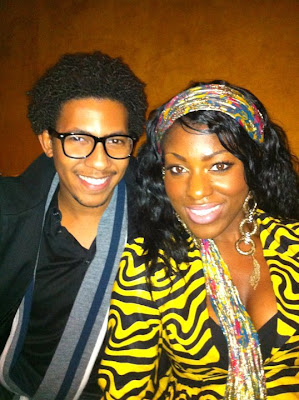 DYNAMIC DUO: Singer-songwriter Mario Evon perfects the geek-chic look in the company of friend Simisola Olabisi in New York recently. The twosome was spotted at a Grammy party at Jay Z's 40/40 Club. As he gears up for the release of his debut album, Evon has announced that he's forming bands in New York and Boston, and will be hosting auditions for prospective members. 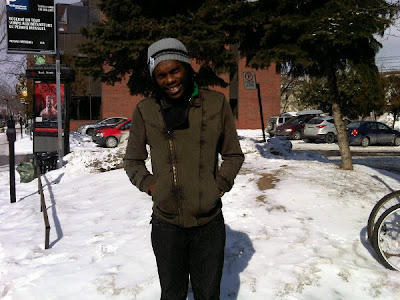 SNOW MAN: Obviously feeling the big chill, music producer/artiste/radio host, ZJ Liquid gets a taste of the unpredictable Canadian weather while in Montreal for a show this week. Last year, Liquid ruled the airwaves with his radio hit "Wifey Walk Out" and took home the Youth View Award earlier this month for Favourite Selector. 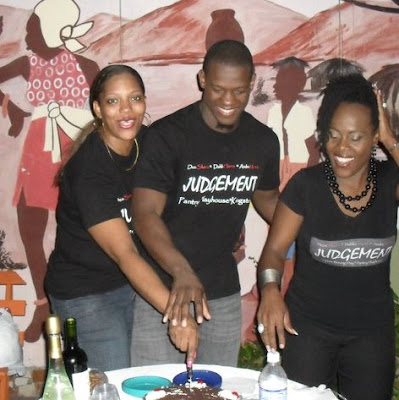 LET THEM EAT CAKE: The cast of the hit play Judgement (Dahlia Harris, Andre Morris and Deon Silvera) celebrate their 50th performance with cake and champagne at the Pantry Playhouse in New Kingston earlier this week. On Monday, Harris won the inaugural Thespian Spirit Award for Outstanding Supporting Actress. 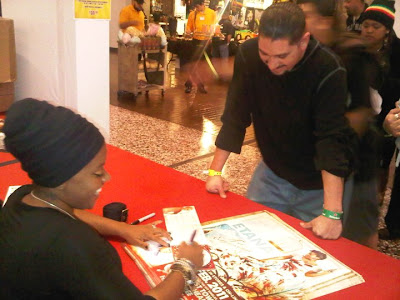 MEET AND GREET: Singer Etana, currently on tour in North America, signs posters and autographs for fans during a stopover in Los Angeles recently. Etana is in the midst of a promotional campaign in support of her latest album, Free Expressions, which debuted in the #11 spot on the Billboard Reggae Album Charts.