WHAT IS FI YUH: “Over Mi Dead Body” finds Delcita and company brimming with fervent life and vigour 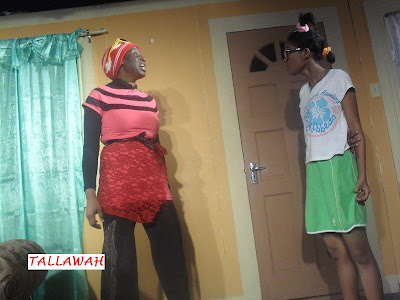 
As Jamaicans know all too well, emotions are neither pure nor simple when it comes to the reading of the will and the division of the dead lef’ following the passing of a loved one. Over Mi Dead Body, the latest offering from Stages Productions, offers a timely reminder of this – and the widely acknowledged fact that a laugh riot will always break out in the presence of one Delcita Coldwater (Andrea Wright).

As written and directed by Paul Beale, Over Mi Dead Body is a highly comedy-driven vehicle that explores family, struggle and resilience and benefits from Wright’s never-less-than-winning performance and a surprisingly tight script from Beale, one of the most noteworthy to come along in recent years. The gigantic humour quotient aside, the play boasts very commendable acting, good lighting and is equally noteworthy for the introduction of Delcita’s daughter, the bespectacled and studious but feisty Melcita, played with much spark by newcomer Trudy Bell.

But this is Delcita’s play and Wright doesn’t disappoint as Beale gives her lines that will have you rolling in the aisles. This time around, Miss Coldwater (ever embellished in her quirky, multi-coloured costumes) is a hustling single mother who soon discovers that she is possibly the beneficiary of a handsome inheritance following the demise of her “husband.” But she ends up in court when relatives of the deceased (including a curmudgeonly Garfield Reid as in-law Mr. Milton) stand in her way. Delcita will not be denied, however, and, true to character, she makes the entire process a hilarious and deeply enjoyable ride. Even her trip to the US embassy to petition for a visa will leave you in stitches.

Meanwhile, there are minor plot points that are insufficiently developed, but the overall production has heart and boasts incredible appeal. Again, I am particularly pleased with how Wright consistently manages to muster up the conviction that her role requires. Among the rest of the cast, which includes some familiar faces, there are Stede Flash (as jailbird Stamma) and Donald Thompson as a shady land agent. Most impressive among the supporting cast, though, is Belinda Reid, who is ideally cast as the contentious Mildred, Milton’s beleaguered yet cantankerous spouse. She nails the part admirably.

Still, it’s how they all work together that lends the show most of its appeal. Early in the show, it could be said that Beale takes too long to introduce the core plot point, but on one entertaining level the build-up works in its favour, and its handling of emotions, motives and responses add a depth I rarely witness in plays from Stages Productions. Tyrone’s Verdict: B

MORE: Photo highlights from the stage at Over Mi Dead Body at Green Gables 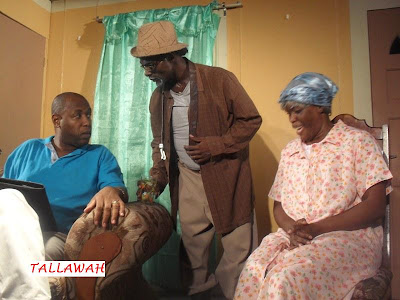