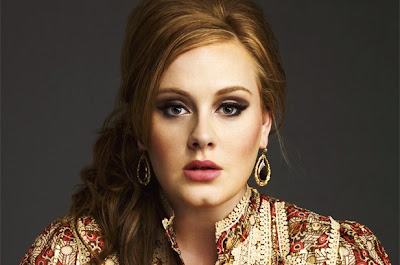 At 22, with a platinum-selling debut and Best New Artist Grammy to her name, soulful British siren Adele boasts enviable laurels in a youth-obsessed music industry, and evidence of her intimidating talent is fully reflected on 21 (XL/Columbia Records), Adele’s second studio album, a refreshing and endlessly charming collection, thoroughly imbued with lyrical grace and lucidity while showcasing her brilliant songwriting. Even so, Adele’s music remains remarkably sprightly and vividly expressive and retains the appeal that has captivated her wide and loyal audience.


Hit-laden and replete with the singer’s go-to themes of regret, unrequited love and heartache, 21 (titled after her age at the time of recording) offers a complete listening experience, while delivering traces of retro-pop, soul, funk, bluesy gospel and finger-snappy jazz. These are rich, effervescent singles that charm the listener into a hypnotic state of melodic leisure. More often, though, we are reminded of Adele’s capacity for titanically lush vocalization and deeply sensitive lyrics, steeped in matters of the heart.

On the ferocious lead single “Rolling in the Deep,” the singer takes a former errant lover to task about the collapse of their relationship, giving free reign to an oceanic tide of vocal power. On “Turning Tables,” another superb standout, we get an exquisite, piano-driven ballad drenched in incredible yearning and raw emotion. Then there’s the tender, slow-burning number “Lovesong,” which deserves multiple plays, and recalls other British soul gals like Duffy and Amy Winehouse at her most honest and emotionally open.

In the meantime, Adele shakes up the tempo and mood with the fast-paced, Ryan Tedder-cowritten “Rumour Has It,” an incisive torpedo of funk aimed at a no-good man, and the jazz club-ready “I’ll Be Waiting.” A list of the real highlights on 21, however, must include the vocally arresting “Set Fire to the Rain” and the repeat-worthy, heartwarming gem “Someone Like You,” the piano-bar-perfect album close, which finds Adele waxing both nostalgic and optimistic. She is at her most radiant on these aforementioned cuts.

Written almost entirely by Adele, with production from such renowned hitmakers as Rick Rubin (Dixie Chicks) and Ryan Redder (Beyonce, Leona Lewis), 21 is a beautifully wrought pop-soul vocal album that displays the emotional agility and vocal prowess of its leading lady. Releasing her first project since that Best New Artist win for 19, Adele knew she had to return with a record that would, in the least, prove that her triumph was no fluke. To put it mildly, she has succeeded admirably. 21 is right up there with her stunning debut. And for someone so young, the lyrical and vocal maturity Adele consistently displays augurs well for her future. Tyrone’s Verdict: A

DOWNLOAD: The irresistibly enchanting “Set Fire to the Rain”; the earnest, slow-dance-perfect “Lovesong”; and the jazzy foot-stomper “I’ll Be Waiting"

MORE: Reggae-rock goddess Tessanne Chin gives "In Between Words" so much heart 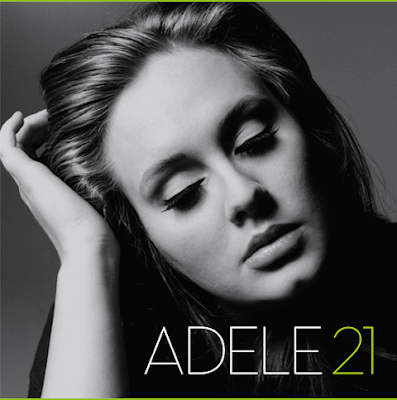