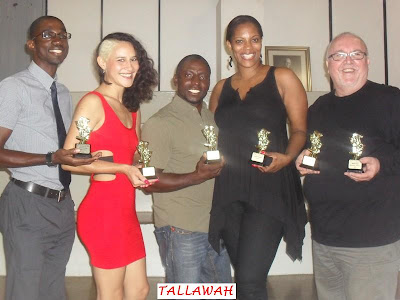 THE CLASS OF 2011: Honorees, and first-ever inductees in the Thespian Society, are from left: Philip Clarke, Maylynne Walton Lowe, Jerry Benzwick, Dahlia Harris and Brian Heap.

The Thespian Spirit Awards are now official! Winners of this year’s Thespies (presented under the auspices of the TALLAWAH Culture E-Zine) were announced and statuettes presented on Monday, February 21 during an intimate awards presentation at the Philip Sherlock Centre, UWI Mona.

Top winners were the University Players’ production Appropriate Behaviour and the Fairfield Theatre production White Witch, which both took home two awards each, from the six categories up for contention.

In the meantime, conceptualizer of the awards (and editorial director of TALLAWAH), Tyrone S. Reid, said he is particularly pleased to be associated with a product that recognizes excellence in the performing arts in Jamaica. “It is a great honour to be involved with a project such as The Thespies that acknowledges the hard work and amazing talents of Jamaicans in the theatrical arts,” Reid said. “Like this year’s honorees have said, we hope the awards blossoms into something truly spectacular in the years to come.”

As a precursor to the eagerly anticipated Actor Boy Awards, the Thespian Spirit Awards will annually salute the brightest and most outstanding actors, actresses and productions in local theatre. 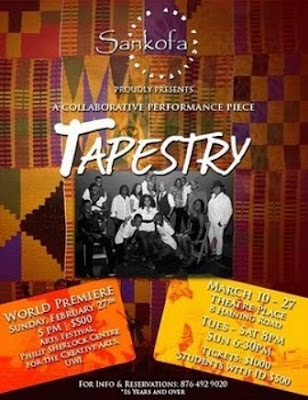