FABRIC OF OUR LIVES: Ensemble piece ‘Tapestry’ teaches and provokes but could do with tighter weaving 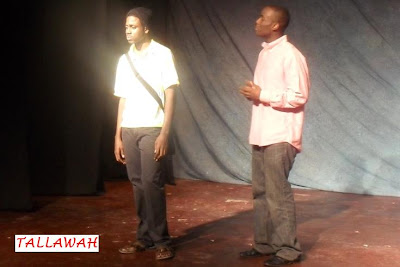 They say parenthood is a dually rewarding and taxing experience, and one is reminded of this while watching Tapestry, the first new work from Sankofa Arts and Facilitation to hit the stage this year (seen at the Theatre Place, New Kingston). Throughout the production, mothers and fathers are in for core-shaking awakenings, whether it involves coming to terms with a child’s admission of homosexuality, a teenager’s suicide, or a father (Maurice Bryan) reuniting with his disappointed son (Shayne Powell) for the first time in over two decades. But while the revelations in these scenarios are not always profound, the viewer’s awareness of the issues at play is certainly heightened.

Dubbed a collaborative performance piece,Tapestry (written and directed by Fabian Thomas) is eye-opening and educational and confronts crucial societal matters, ranging from homophobia and crime to family dysfunction and self-acceptance. A series of skits (identified as ‘threads’), the production regularly falters, however, whenever the writing veers from depth and tautness and dips into contrivance, notably when it aims for laughs with a what-if scenario centred on the fictitious Jamaican Agency for the Approval of Parental Privileges.

As for the performances, there is much to commend, including smart turns from Bryan, Powell (a genuine rising star) and the indomitable Barbara McCalla, who is memorable as the apprehensive mother of a son who “likes boys.” But the real gem in the cast is young Akeem Mignott, remarkably convincing in the supporting role of a teen grappling with weighty personal and domestic problems.

Though Tapestry is teeming with lessons identifiable across barriers, and it provides timely and much-welcomed social criticism, too often it feels like a work not yet fully realized. Tyrone’s Verdict: B-