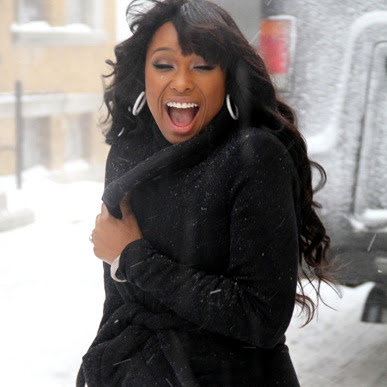 When Jennifer Hudson performs the soaring, Diane Warren-penned ballad “Still Here” off her new album, I Remember Me (Arista), the singer could very well be alluding to her inspirational survival after such emotional turmoil in her life – by which I mean the gruesome deaths of her mother, brother and nephew close to the end of 2008, an ordeal Hudson has admitted led to a debilitating period in her life.

But the singer has bounced back beautifully since that unfortunate phase, picking up a Grammy for her eponymous first album, countless magazine covers – not to mention a marriage and the birth of her son, while building an admirable film resume. Setbacks and hurdles giving way to success and renewed self-assurance.

Yet, besides the infectious self-confidence, the most striking thing about Hudson these days is her svelte new look, the result of an incredible 80-pound weight loss via Weight Watchers, for which she has appeared in print and TV ads as spokesperson. To onlookers, it’s dually a physical and emotional transformation the singer has submitted herself to, and this joyous chapter is wonderfully captured on the newly arrived sophomore record.

Decidedly more upbeat than her debut, I Remember Me is a rhythmic concoction of R&B, flirtatious pop and soul, featuring contributions from a team of highly regarded writers and producers, including Warren, Alicia Keys and Swizz Beatz (“Angel” and the uptempo funk jam “Everybody Needs Love”), Salaam Remi (“Don’t Look Down”), Ne-Yo (“Why Is It So Hard”) and Rich Harrison (the energetic “No One Gonna Love You”).

As for the highlights, there’s the aptly titled “Feeling Good,” on which she lets the vocals rip and soar, and the Stargate-produced “I Got This” on which she empowers listeners to celebrate self-confidence and take control of their lives. Still, Hudson is at her best when the material demands greater vocal and emotional nuances as on the R. Kelly-written “Where You At?,” a song open to many interpretations.

Precisely conveying the bliss and maturity of a star in her prime, I Remember Me is a deeply pleasing follow-up to Hudson’s debut, and a testament to her eventful past and exciting journey forward.

BEST TRACKS: “Where You At?” and the beautifully expressive “Still Here”