RUNWAY READY: Passion for fashion is the name of the game on “Mission Catwalk” 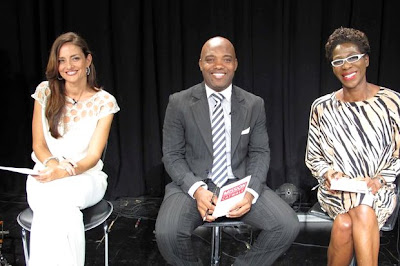 Combine the audience-pleasing formula of Lifetime’s Project Runway and the spirit of fierce rivalry on the CW’s America’s Next Top Model with a healthy dose of that unmistakable Jamaican flair and you might just come up with Mission Catwalk, a refreshing and exciting new half-hour reality show on TV J that thrusts the local fashion industry front and centre. Taking cues from the widely watched American shows of its kind, Mission Catwalk offers 13 Jamaican designer hopefuls the opportunity to compete for a range of prizes, including an overseas internship and cash towards setting up shop, as viewers take in the triumphs and disappointments each week from the comfort of their living rooms.

Judging from of its laudable series premiere last Tuesday, Mission Catwalk has a lot going for it: an enviable prime-time airing slot (8:30 pm); the tony setting of the Edna Manley College’s new fashion department; reputable judges and mentors (Novia McDonald-Whyte, Carlton Brown, Sandra Kennedy) and an impressive production quality that represents a long-awaited leap from the mediocre offerings we’ve been subjected to on local TV for too long.

As for the contestants, they seem a fairly passionate bunch (it’s too early to say definitively), ranging in ages and gender from 20-year-old Franchester Christie to 44-year-old Audrey Grace. Based on the rules and format of the show, a contestant will be eliminated each week, and following Tuesday’s first design challenge – to craft a garment “that establishes your look to the judges” – (won by rough-around-the-edges Shenna Carby, 26), Rania Viero was sent home, whittling the number down to 12.

Kennea Linton-George, a noted couturier herself, makes for a graceful, delightful yet seemingly strict hostess (and executive producer), establishing a firm command of the flow of activities, perhaps to keep the hopefuls in check. And that’s also what makes Mission Catwalk so immediately appealing – the fun and sense of adventure that comes with fashion sharply balanced with some weight and a sense of credence that reminds everyone that fashion is also serious business. 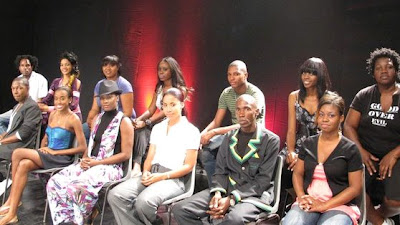 EYES ON THE PRIZE: 13 designer hopefuls compete for a life-changing internship and other prizes on Mission Catwalk. Catch them in action Tuesdays at 8:30 pm (Thursdays, 11:00pm) on TV J.