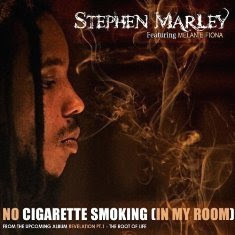 WHERE THERE’S SMOKE: It is easily understandable if, on first listen, you mistake Stephen Marley’s vocals on No Cigarette Smoking for his world-famous father’s. The similarity in tone and texture is eerily uncanny. The irresistibly evocative new single is the latest from the multiple Grammy winner, on which he teams with R&B sensation Melanie Fiona, who has Caribbean roots herself (her family hails from Guyana). With its languid one-drop reggae beat, peppered with percussion and lush background vocals, No Cigarette Smoking (off Stephen's upcoming album Revelation Part 1 - The Root of Life) is the new anthem for the late-night lover in you. Listen HERE. 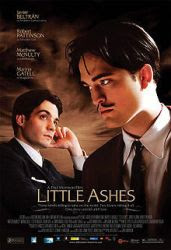 SPANISH PASSION: Chronicling the youth and romantic lives of Spanish artists Salvador Dalí (the eccentric painter) and Federico Garcia Lorca (the poet, dramatist and agitator), Little Ashes is a beautifully shot and superbly acted film that examines artistic creativity, sexuality and political oppression in Generation 27-era Spain. Robert Pattinson, who stars as Dalí, demonstrates that his onscreen range goes further than the Twilight zone, and he enjoys great chemistry with Javier Beltrán, who is wonderful as Lorca, whose play La Casa De Bernarda Alba I enjoyed studying in high school. 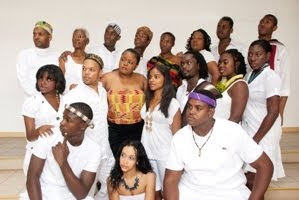 HOT TICKET: As a follow-up to last year’s superb For Black Boys, a sturdy cast led by Maurice Bryan, Barbara McCalla, Shayne Powell and Laveda Thompson will breathe life into Tapestry, the 2011 production by Sankofa Arts & Facilitation. In customary Sankofa fashion, the production (directed by Fabian Thomas) will present scenarios that examine topical issues that run the gamut from divorce, rape and sexuality to HIV/AIDS, crime, faith and the triumph of love. For viewers 16 years and older. Theatre Place, New Kingston. March 10-27. Tickets: 492-9020.