WHAT A SWEEP! Musical drama ‘White Witch’ cleans up at Actor Boy Awards with record 13 wins 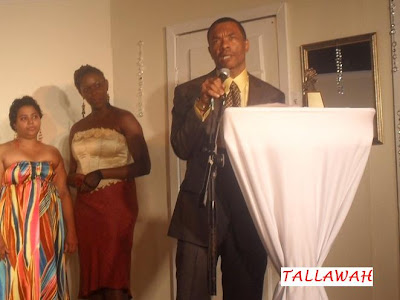 PROUD PROUT: Director Douglas Prout speaks on the Best Production win for White Witch, the daring 2010 musical based on the life and terror of Annie Palmer. At left, are Actor Boy co-chair/presenter Scarlett Beharie and one of the night's trophy ladies.

Somewhere in the supernatural realm Annie Palmer is having the last laugh.

It was a 'White'-wash at last evening's Actor Boy Awards as White Witch, the smashingly successful and critically acclaimed Fairfield Theatre musical production, loosely based on the life and misadventures of the historically notorious queen of Rose Hall, captured a stunning haul of 13 wins (from 15 nominations) at the Actor Boy Awards ceremony at New Kingston’s Pantry Playhouse – setting what is quite possibly a new record for awards season triumph in local theatre.

Losing out on only two trophies (lighting design and one of its entries for original song), White Witch also claimed statuettes for choreography, set, costumes, and new Jamaican play. Among the evening’s other notable winners: The Plumber, which scored an upset win over Appropriate Behaviour for Best Comedy, and the year’s most powerful drama Against His Will, thankfully, got recognition for its sole nomination (!) as Best Drama.

This year's special Actor Boy Award for Excellence in Jamaican Theatre went to the National Schools’ Drama Festival for its six-decade-plus contribution to cultivating a rich legacy dedicated to the theatrical arts.

WHO WON WHAT: See the full list of winners at this year's Actor Boy Awards 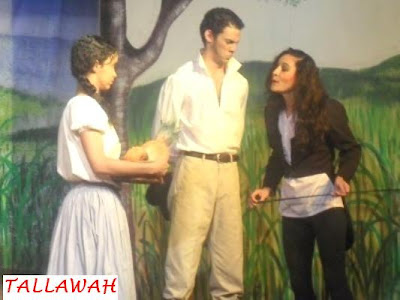 Posted by TALLAWAH Magazine (tallawahmagazine@gmail.com) at 1:28 am