CHINO on the McGregor legacy, his crossover appeal and what fatherhood has taught him 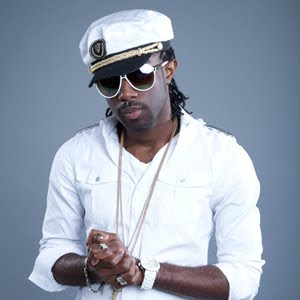 Being the offspring of musical royalty is enough to make any young, fast-ascending star feel pressured to live up to great expectations. Not Chino, icon Freddie McGregor’s elder son, who has just put out the US version of his eponymous debut album. Widely regarded as a voice of his generation, the 28-year-old singer, somewhat unassuming but consistently appealing, is far more concerned with crafting hit records that will stand up to scrutiny while taking pleasure in the success of his handiwork. Here, in an exclusive chat, TALLAWAH raps with the entertainer at his album launch at the Devonshire on Monday.

As one of the sons of reggae legend Freddie McGregor, you are charged with the awesome responsibility of upholding a tremendous musical standard.
For me, it all boils down to carrying on the legacy. So my plan is to continue creating real music, timeless music. That’s pretty much it.

There are those who feel that you possess the potential to make the leap into the international mainstream.
I believe that’s possible. I always try to make my music clear, definitely, so that people from all over can understand it. Even if they don’t get the words, they can vibe to the music and the feel of the song.

You are finally releasing the US version of your long-in-coming self-titled debut album. How do you feel about the finished product?
I’m very proud of it. I think it’s a great piece of work that is a definite collectors’ item. It’s an album that will be refreshing even 15 years from now.

How did you find the recording process?
It wasn’t easy. Some tracks had been done from before, and the others were done later on. Everything just came together nicely. I just wanted to create an album that had different kinds of moods for everyone.

Some artistes absolutely hate doing this, but if could single out any track on the album that stands as a favourite…
There is a song called “God Nah Sleep” that really stands out. I am a fan of lyricism, and that song is lyricism at its best. It’s a kind of rise and fall story. And there’s another track called “Work” that closes the album, which has a powerful message; it’s about motivating people to work for what they want.

Outside the music world, you’re a dad. Has fatherhood re-aligned your life in any major way?
In terms of priorities, definitely. But it’s not a situation where I am under any added pressure, because I have always been a responsible person. You still have to put out the effort and make the adjustments, but it’s an experience that I cherish so it is nothing too difficult. 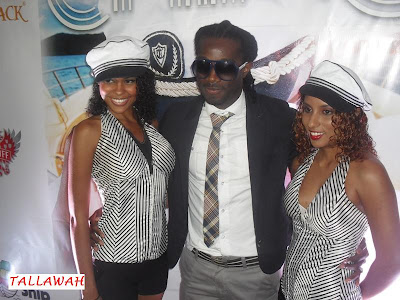 STAND BY ME: Flanked by a couple of naval beauties, Chino steps out to launch his new album at Devon House.