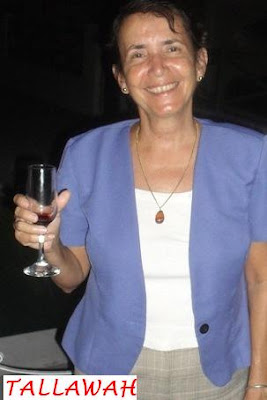 From a first-hand standpoint, probably no-one is more cognizant of the spirit-crushing effects of the cancellation of the Calabash Literary Festival on business operators in Treasure Beach, which played host to the internationally recognized cultural event every year since the inception in 2001, than Dr. Christine Marrett, proprietor of the Two Seasons Guest House. Her spot is one of more than a dozen struggling bed-and-breakfast-type establishments in the peacefully atmospheric south-coast tourist mecca that did good business each Calabash weekend, sometimes fully booked by festival regulars a year in advance.

In short, the absence of Calabash for Treasure Beach is akin to losing a once-dependable cash cow. That’s why, spurred by the advent of the newly birthed Bread Basket Festival – which organisers are hoping will lure that same loyal crowd to the St. Bess community for a weekend of literary, musical, arts and craft and other cultural offerings – Marrett (whose Two Seasons will host the festival’s literary fiesta dubbed Talking Trees on Saturday, May 28) readily admits that the gesture, however small at the outset, is enough to start lifting spirits again.

“The news about Bread Basket is exciting for us, and word is spreading fast so more and more people are getting to know about it,” says Marrett. But she hastens to point out that though Bread Basket is just getting off the ground it’s not exactly a novel idea. “I understand that the idea was actually mooted from 2009, so with Calabash cancelled, it got the impetus to come to life.”

Besides enriching community (and national) culture, a primary objective of the festival is to help brighten economic prospects. “We are pleased that there’s an economic benefit for us, especially getting bodies in the beds,” says Marrett, also employed a senior programme officer with the University of the West Indies who opened Two Seasons in the summer of 2008.

As for the future of Bread Basket, but especially the Talking Trees element, Marrett is nothing but optimistic, though her hopes are tempered with a sense of caution. “I think it will take a while for the fire to be lit, but the vibe is bubbling and that is saying a lot,” she says. “We are hopeful it will keep going [annually], adding to the offerings of the south coast, and Treasure Beach in particular. We will see how this year turns out. Let’s see what happens.”

The Treasure Beach Bread Basket Festival will be held May 27-29; treasurebeach.net/breadbasketfestival