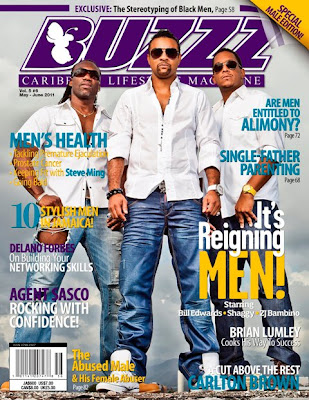 FANTASTIC TRIO: Bill, Shaggy and Bambino are on top of the world.
It’s ‘reigning’ men in the May/June 2011 issue of Buzzz Magazine, which features a stunning cover portrait of music icon Shaggy, popular radio personality Bambino and fashion designer Bill Edwards. A range of ever-topical subject matters, including single fatherhood, prostate cancer, alimony, cuisine, style and social stereotypes, are addressed in articles that dually encompass a spectrum of other issues facing today’s Jamaican (and Caribbean) man.

It’s about time the stories and concerns of the brothas got some real attention.

In other Mr. Boombastic news, Shaggy is getting set to drop his first album in four years. Entitled Shaggy & Friends, the disc was released digitally on January 19, but a physical release of the album (Shaggy’s ninth overall studio release) is expected on June 6 via Scikron Entertainment/Big Yard Music. The album features many collaborations, including songs with his long-time collaborators Rik Rok, Tony Gold and Rayvon. 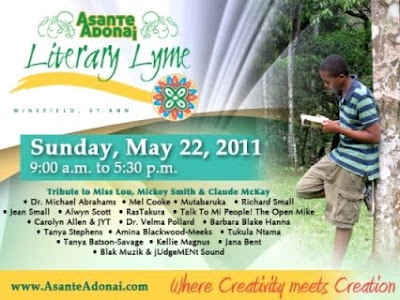 Posted by TALLAWAH Magazine (tallawahmagazine@gmail.com) at 11:51 am