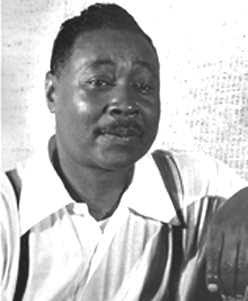 His work has captivated and thrilled a universal audience of millions for decades, yet it’s been quite a long spell since I’ve heard the name of Jamaican literary legend Claude McKay (1890-1948) mentioned around these local parts. So it was rather unexpected – and completely refreshing – when his name and work came in for recognition during the launch of the Asante Adonai Literary Lyme at Bookophilia on Sunday afternoon.

Writer and columnist Jean Lowrie-Chin, ever a woman of reliable depth and remarkable insight, chose to share excerpts of the great man’s work during her time at the mic. And the audience was in for a real treat as the pieces Lowrie-Chin read were not only stirring and nourishing but seemed perfect, mesmerizng examples of the word’s power to transport and uplift.

In addition to passages from McKay’s autobiography, A Long Way From Home, she delivered the evocative, nostalgia-streaked poems “My Mother,” “The Tropics in New York,” “Baptism” and arguably his most famous piece of verse, “If We Must Die.” In praising McKay’s contribution to the field of literature, Lowrie-Chin made mention of his penchant for globetrotting, which included a lengthy stint in Harlem, New York. But if there’s one thing that stands out in McKay’s work it’s an unmatched devotion for the land of his birth (the parish of Clarendon – coincidentally my parish too – in particular), a tiny island-nation in a region that continues to feed the international literary scene with bold and exciting new voices emerging all the time.

And, thankfully, McKay’s illuminating work (especially his Selected Poems and wise autobiography) remains behind to inspire folks from all walks – and even more generations to come. 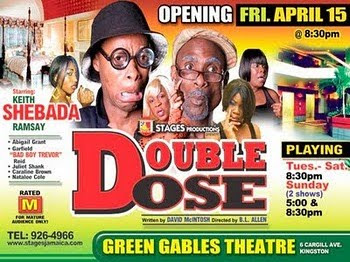