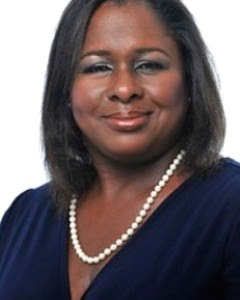 AMAZING GRACE: Virtue inspires with her account of life as a working mom.

A university lecturer (she teaches at Howard), devoted mother (she has two college girls) and proud daughter of Jamaica (she hails from Manchester), Dr. Grace Virtue takes a faith-and-fortitude approach to all areas of her life, but especially her life-changing role as a single mother. And it’s been such a trying yet ultimately rewarding experience that she’s poured her heart into How Will I Know My Children when I Get to Heaven?: A Mother’s Tales of Hope, an inspiring collection of her essays. In the island for a special Mother’s Day reading and book signing, Dr. Virtue spoke with TALLAWAH:

How Will I Know My Children? has to do with your motherhood experiences, but what was the relationship with your mother like growing up?
Interesting, because I grew up in south Manchester with both my parents who had 11 children. I had a sense of rural life. It was pretty predictable, but the greatest challenge for us was not having enough to go around. My mother was a terrific spirit, but she could be assertive and aggressive. It worked because it allowed her to raise us firmly and to protect us. I didn’t always agree with her methods, but I learned some really valuable lessons. I saw the value in what she did.

Motherhood is such an act of courage.
Absolutely. It is the greatest task of courage. No one is going to do anything more courageous than bringing a life into the world and shaping it into something honourable. It’s an infinite act of courage and an awesome responsibility.

Sometime ago I stumbled upon a magazine article where the writer, a first-time mother, was irked by other women seemingly wanting her to agree that having a child was the best thing she had ever done. What’s your view?
[Having children] is the thing I am most proud of. Of all the things I’ve done, I think I would have been totally miserable without it. It is absolutely the most important role in my life. Nothing in my past and nothing I can envision is more important.

You live with your daughters in Silver Spring, Maryland. What’s it like in that part of the United States?
Silver Spring is one of the most diverse areas in Maryland. Minority communities are very comfortable there. I drive 16 miles to Washington DC to get to work. It’s very suburban, a very nice place to live. We have great schools, churches, parks and gardens. The only thing I don’t like is the snow (Laughs).

That’s one of the reasons you should visit Jamaica as often as possible.
I try to visit at least once a year. This year, I came three times because of promotion with the book. [Jamaica] is home; it’s more of a metaphysical connection. I like the authentic Jamaican way of life: going to south Manchester, sitting on the verandah and being able to see goats grazing on your left and catching a glimpse of the Caribbean Sea on the right. That’s the kind of life I love.