ONCE AGAIN: Cherine and Chuck Fenda go for round two with ‘Call on Me’ 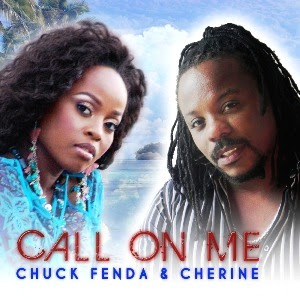 Soulful dancehall stars Cherine and Chuck Fenda have rekindled their romance. Musically, that is.

Nearly six years after scoring a crowd-pleasing smash with the reggae lovers’ anthem “Comin’ over Tonight,” the charismatic pair has released a sequel, so to speak, simply named “Call on Me,” a soothingly melodic ode to unconditional love and affirming the bond that binds people in intimate relationships. With earnest vocals caressing thoughtful lyrics (“Anything your heart desires you can call on me”) over a pulsing one-drop beat, the singers feed off each other while finding common ground on the track (via Desire Productions) that serves as a worthy companion piece to its predecessor.

Very few successful vocal collaborators, particularly in reggae, re-team, perhaps fearing that they’ll fail to rediscover the magic that made their first outing a hit. Apparently not Cherine and Chuck Fenda. With their undeniably natural working chemistry – not to mention the fans clamouring for an encore – it obviously wasn’t a strain to find inspiration or motivation. And the proof is in this wonderfully sublime new song.

“Since our hit "Coming Over," we talked about doing another song together, but we've both been really busy so it just took longer than we expected,” explains Cherine, who is getting set to drop an album later in 2011. And Chuck Fenda agrees: “We had to respond to the people, the people in the streets ah ask for another Fenda and Cherine tune so wi jus ah give the people what them ask for." (Tyrone's Verdict: B+)