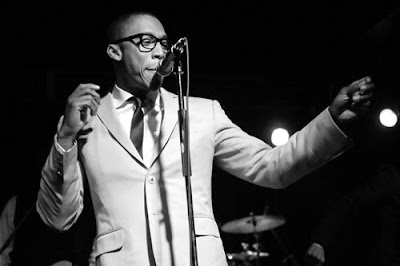 Raphael Saadiq’s Grammy-nominated 2008 album, The Way I See It, further established the veteran entertainer as an ace athlete in the funk-soul stadium, armed with hypnotizing songs like “Love That Girl” and “100 Yard Dash,” which show off not only his arresting vocals but also his gift for stunning musicality.

Three years on, the singer and multi-instrumentalist is demonstrating that neither his charm nor artistic creativity has abandoned him. To wit, his latest album finds the 44-year-old LA-based artist at a new height of creative intelligence, committedly reimagining vintage grooves and ideas into something richer and undeniably memorable for his contemporary audience.

Stone Rollin’ (Columbia Records) is a kaleidoscopic journey through decades of old-school instrumentation with nods to Saadiq’s influences. Even so, the artist (former frontman of the 90s R&B band Tony! Toni! Tone!) remains true to an individual musical identity that’s all about crafting an edgy, fully accessible sound. He’s a funk-soul preacher man on the pulsating title track, a song you simply wish would never end. And he maintains that energetic, percussion-rich streak on cuts like “Heart Attack” and “Radio.” 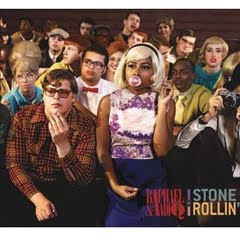 The highlights continue with the relationship hymn “Good Man,” a slow-burning-candle of a song soaked in yearning and heartache. Much like his groovy 2002 hit “You Should Be Here” (with D’Angelo), it’s a song that bears a haunting quality, standing somewhat in contrast to “Moving Down The Line,” a sunny and optimistic hand-clapper.

The album, Saadiq’s fifth solo release, is a wonderful reminder that he’s a great song stylist who stays consistent at delivering music you can bump nearly everywhere, from the summer backyard barbecue to the sophisticated jazz club. Still, the heart of the record’s connection lies somewhere in its beautiful clash of retro elements, classic soul and lively, lush instrumentation that proves at once unflinching and mesmerizing.

In the end, Stone Rollin’ delivers 10 tracks (including a few guest appearances) that honour the past without sacrificing any of its modern-day appeal. Real music like this stirs and excites, speaking to emotions in you. Translation: music like this is timeless. Tyrone’s Verdict: A-