SMOOTH OPERATOR: Music is still a prevailing force for Sanjay 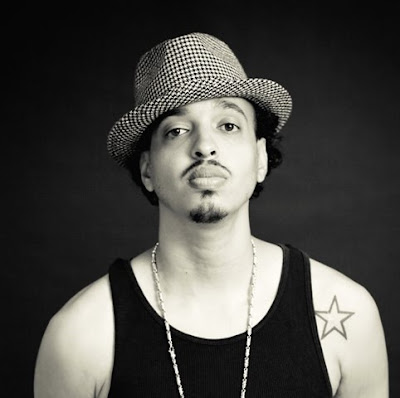 BACK IN ACTION: Sanjay wants fans to get reacquainted with his music.

If there’s one thing that Sanjay’s career in music proves it’s that no matter how many detours you take on your journey, life has a habit of leading you back to your first love. Though he’s having a blast these days as a correspondent for Intense, releasing radio-friendly music and pleasing the fans remain paramount for the suave, talented 30-year-old deejay, whose latest music video (for the mid-tempo scorcher “Love The Way You Move”), finds him teaming up with buzzworthy newcomer J. Edge.

You were first introduced to most Jamaicans as a recording artist, but then you slipped into television production and now you’re practically best known for Intense. What’s the story there?
What happened was that I started working as a production assistant on Rising Stars to supplement my income, then it just kind of spiralled out of control; I got promoted to floor manager, and then I began working with some other shows. It’s been great because more people now know who Sanjay is.

But now you’re back with an interesting new single called “Love The Way You Move.” What else do you admire about Black women?
I love and admire all women. It’s not really a race thing for me. I can’t pinpoint any one thing, but I guess Black women are better dancers (Laughs).

Portland Cottage Productions is the name of your record label. I didn’t know you were a Clarendon man. What was it like growing up down there?
It was a good experience. I lived there for about three years then moved to New York, but we would always come back, until I went back up to attend school. Even now, I still visit when I can. I have family there. But it’s kinda bad that the thing the area is most known for is flooding.

Since you’re somewhat of an insider, what can you share about the upcoming new season of Rising Stars?
Expect a lot of new things. I can’t say anything too specific because the launch is set for this Wednesday, and we just wrapped up a big meeting today. But you can expect a lot of changes on the show this year.

What’s your view on the current state of reggae?
Reggae is doing well. From my perspective, the music is growing. A lot of the entertainers are doing well internationally, and you see lots of promising acts coming to the fore.

Now that you’re back on the musical grind, how are you striking a balance between television and the recording studio, etc?
Right now, it’s not like I have a strict music schedule, so balance is not a problem for me. But you still have know to share the time because time management is key. I’m trying to build back my musical fanbase and redirect the focus to my career and be consistent. I want people to associate the name with both my music and Intense.

Posted by TALLAWAH Magazine (tallawahmagazine@gmail.com) at 12:14 am