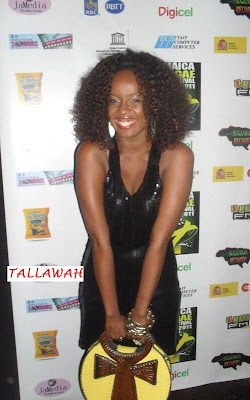 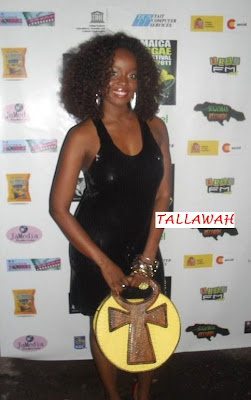 Very much like the committed entertainer, mercurial singer-songwriter Cherine prides herself on introducing fresh, challenging endeavours to her career – and the dedicated fans no doubt eagerly count the days until the new project springs to life. Her upcoming debut album (yes, her first album) is a telling example. “I am so close to completion,” she gushes, speaking exclusively to TALLAWAH at the Reggae Film Festival’s opening ceremony at Studio 38 in New Kingston Monday evening, minutes after snapping pics with event sponsors and a few fans. “I just came out of the studio after working on one of the songs that I am extremely excited about.”

Though having close to a decade in the biz under her belt, Cherine’s refusal to rush into dropping a full-length album is testament to not only to her patience but strategic planning and sterling guidance from those in her circle, including a knowing management team. “I am really happy I took my time. Everything that makes the album is going to reflect who I am, all my experiences,” says Cherine, who put out an EP, The Introduction, back in 2009, and has been kept busy ever since, experimenting with new sounds alongside producers as iconic as Grammy-winning legends Sly & Robbie. And it’s all with the primary goal of crafting an album Cherine is certain will stand up with the best of them.

“I am pulling from genres that inspire me. You are gonna get a melting-pot with a lot more uptempo songs that show off the rebel side of Cherine,” she says, to elaborate on the concept of the album. “Right now, it’s about exploring my range, but that doesn’t mean I am departing completely from doing ballads. It will be a mix, and I think this year is perfect to release the album.”

The album (not yet named) should arrive in the last quarter, and reteaming with Chuck Fenda for “Call On Me,” the sequel to their 2005 hit “Comin’ Over Tonight” is one way Cherine is staying connected to her fans while the work progresses. “It was fun. It was like magic reuniting with him,” Cherine says of the collaboration. “It was like picking up where we left off. For the almost five years people have been asking us when we plan to do another song. Now is definitely the right time, and the feedback has been great.”

Posted by TALLAWAH Magazine (tallawahmagazine@gmail.com) at 12:39 am