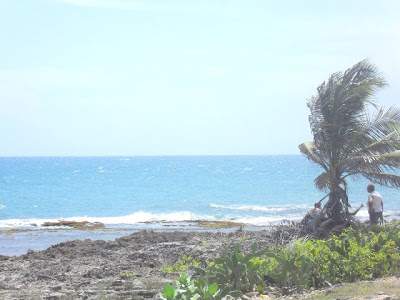 THE SEA, THE SEA: A relaxing view of the Caribbean blue at Treasure Beach.

Some things are not meant to be, and it would appear that the saying rings true for this weekend’s inaugural staging of the Talking Trees Literary Fiesta in Treasure Beach, which has been hit with the rather unfortunate news that Nigeria’s Igoni Barrett, who was set to headline the festivities on Saturday, will not be in attendance owing to unforeseen travel issues.

The fiesta’s organizing team revealed the news in a release issued earlier this week:

"At about six p.m. last night (May 24) we, the organisers of Two Seasons Talking Trees Literary Fiesta, got the disappointing news that our sole international writer, Igoni Barrett, has not yet received a transit visa. We had to accept that he will not be in Jamaica to perform at the fiesta.

We are, however, pleased to say that actress and spoken word recording artiste, Joan Andrea Hutchinson, has agreed at very short notice to perform in the 4:00p.m. Roots and Branches slot at the event.

We have, in addition, filled the two remaining Best of the Fests slots that were reserved for writers who were at Asante Adonai last weekend. Joining us are spoken word recording artiste, Dr Michael Abrahams, and theatre practitioner and educator, Jean Small."

It’s a sorely disappointing development, to say the least, as a great many persons (myself included) were anticipating a presentation from Barrett rich in tales from the African continent to serve as a reminder of sorts of Wole Soyinka’s memorable time at the 2010 Calabash festival. Still, there’s always a possible future date to be hopeful of. 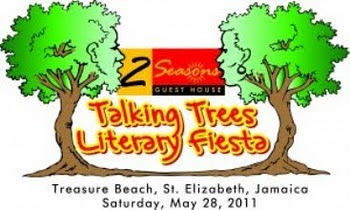