BEST ON BROADWAY: 'The Book of Mormon' wins big at 65th Tony Awards 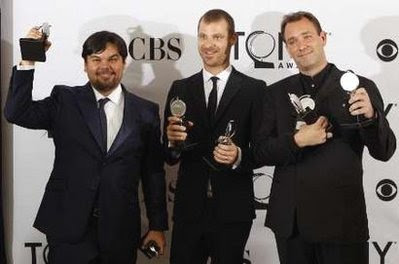 Unsurprisingly, the irreverent musical The Book of Mormon (from South Park creators Trey Parker and Matt Stone) walked away with the coveted Best Musical trophy Sunday night at the Beacon Theatre in New York, as well as eight other Tony Awards, from a leading 14 nominations. Other multiple winners at the show, annually put on by the American Theatre Wing to honour the finest on the Great White Way, included the HIV/AIDS drama The Normal Heart and the puppetry-enhanced vehicle War Horse, which galloped its way to snagging Best Play and a slew of technical awards.

Some of who else took home hardware: