BROADWAY BABE: Actress Susie Braham dishes on her musical theatre roots and the blessing of a first-class dad 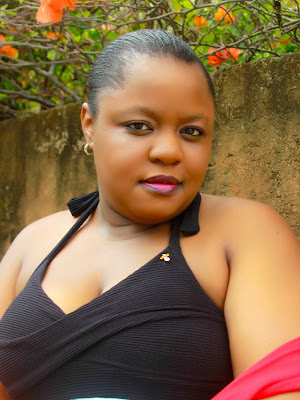 A SINGLE SPOTLIGHT: Braham has a mind for musical numbers.

Gracious and positively bursting with zeal for culture, particularly a life on the stage, Susie Braham always knew she was destined to be a showtunes kind of gal. To this end, the 31-year-old actress has fashioned a blossoming career in local musical theatre, copping roles in productions by the JMTC, commercial plays, and – fingers crossed – a part in the next Father HoLung & Friends musical. The other day, along with a few guests, Braham serenaded a sizeable crowd at Red Bones with her first one-woman gig, a Broadway-themed presentation. She spoke with TALLAWAH:

TALLAWAH: Last Thursday saw the staging of your first solo show, An Evening on Broadway. What inspired you to put on a show of that nature?
Braham: I’ve always wanted to sing. Even though I am an actress, I’ve always had a passion for singing. And one day I just had the inspiration to do something different, and my dad suggested an evening on Broadway-type show. I thought about it and then I called Nadean [Rawlins] and that’s how it really got going. I wanted to start bringing people back to something that I feel was lost. And the feedback was just great. It was an interesting experience for my first major show like that.

TALLAWAH: When did you first fall in love with musical theatre?
Braham: That was actually in 1999, when I was 21. I went to see Phantom of the Opera in New York, and I was just amazed by the experience. That night changed my whole life. I fell in love with the idea that you can sing and act at the same time. When I came back [to Jamaica] I heard about the Jamaica Musical Theatre Company, and shortly after that I moved to Kingston.

TALLAWAH: You were last seen on stage in Tapestry. What was it like being part of such a large ensemble?
Braham: It was really crazy (Laughs), but fun. We, the actors, wrote most of the pieces ourselves. And over time we gelled and came together. It was an overwhelming but nice experience.

TALLAWAH: What are the books that have made a difference to you?
Braham: To be honest, the only kinds of books I really like are by Stephen King and James Patterson. I like mystery, drama and horror. But my dad bought me book called Angels. I don’t remember the name of the author, but it’s a collection of stories about people who have a special spirit and aura about them. It’s really inspiring.

TALLAWAH: Speaking of dads, describe the relationship been between you and your papa.
Braham: My dad is the best; he’s been a great father figure who has played both [parental] roles in my life. He’s just an outstanding man, and for him to have sacrificed his whole life for me has been truly wonderful. I know I wouldn’t be where I am today without him supporting me. Each year Father’s Day is an extra special day for me.