CRITIC’S NOTEBOOK: Does Chris McFarlane add anything substantial to 'Judgement'? 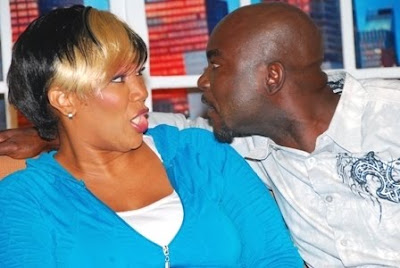 CHARACTER STUDY: Tension envelopes Harris and McFarlane.
It’s shaping up to be quite a villainous summer in the artistic life of Chris McFarlane. This season, the widely experienced actor is getting in touch with (and fully showcasing) his dark and menacing side – on the silver screen next month in Ghett’a Life, the gritty new Jamaican film from Chris Browne, and currently as the vengeful Richard/Antonio in the revived stage drama Judgement, stepping in for Andre Morris, who originated the role to critical acclaim. Morris’ performance signalled his long-in-coming arrival as a leading man of note. And it’s obviously a rewarding role because McFarlane, too, happens to fashion something impressive out of it.

McFarlane, the older actor, lacks Morris’ effortless charm and Adonis-esque good looks, but the two-time Actor Boy winner brings an appealing maturity and self-assuredness to Richard/Antonio that Morris is yet to fully master. Still, both actors, playing opposite Deon Silvera and Dahlia Harris (the best friends Richard/Antonio comes between), manage to effectively convey the motivations and essentially the tics at the character’s core: a knack for unfeeling manipulation and a heart set on payback for what he conceives as an unforgettable, unforgivable wrong done to him.

Deftly written and directed by Harris, Judgement (set in New York) naturally doesn’t feel as fresh as it did during its first incarnation at the Pantry last year, but do not intrepret that to mean that the play is waning in the bite or edginess that helped make it one of 2010’s best local offerings. Overall, Judgement remains a compelling hit, worthy of your dollars and two hours.

Catch the drama and fireworks before the show closes for good at the Green Gables Theatre July 10. Tickets: 352-6180.