THE MEASURE OF A MAN: Jean Small chronicles the triumphs and travails of theatre legend Noel Vaz in upcoming biography 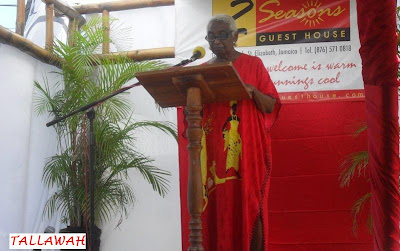 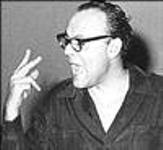 A LIFE IN THE THEATRE: Small reads excerpts from her upcoming book; (above) Vaz in his heyday.

With her forthcoming book, The Theatrical Magician, acclaimed writer, speaker and educator Jean Small focuses her incantatory lens on the genius of the late theatrical maverick Noel Vaz, calling to attention his rise to greatness and the ineradicable legacy he’s left Jamaica.

What makes Noel Vaz such a fascinating subject for a book?
For one, as a Jamaican theatre director, he experimented a lot with open spaces in those early days; he used the Hope Gardens, the nunnery in Half Way Tree and many other spots to stage productions. And he was the first director to do a national pantomime with the Anancy character. So in many ways he was a pioneer. But he was first and foremost not an actor, but a director. And when he went to study at the Royal Academy in England, he met a lot of directors who truly inspired him. At one point Rex Nettleford said how impressed he was by the detailed work, [Vaz] would do before starting a new directorial project.

In the end, what will readers find most surprising after reading The Theatrical Magician?
I think just how this man, from he was a very small child, had the instinct to do theatre. He used to cut out figures from his father’s newspapers and move them around like characters. And my thinking is that any child who demonstrates that kind of interest from so young is bound to be consumed by the world of the arts.

Ultimately, what do you hope the book achieves?
I hope it will be an inspiration to all the people who are theatre practitioners. In all of our lives’ work we have mentors to show us the path to greatness, and Noel Vaz has provided that for so many.

What’s next for Jean Small?
I have some things that I want to write about. I am putting together my speeches from over the years for a book. And I am also getting ready to defend my doctoral thesis on how we can use the French language to teach theatre.

Posted by TALLAWAH Magazine (tallawahmagazine@gmail.com) at 1:07 am