MOOZ-LUM: A gripping portrait of race, religion and coming of age in America 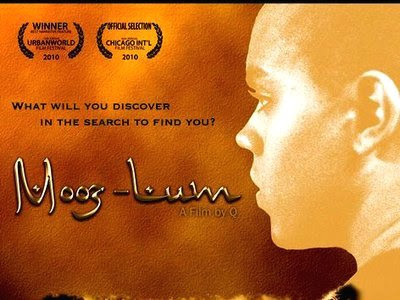 In the alternately wrenching and compassionate faith-and-family drama Mooz-lum we are introduced to a close-knit Muslim clan, but the spotlight is really centred on the boy Tariq (Evan Ross) and his adolescent-to-young manhood experiences, mired in much frustration and anguish, as a coming-of-age son of Islam.

Coming to the fore in this absorbing meditation are themes of racism and modern-day attitudes toward religion, as well as the scourge of religious extremism, heading to a jolting culmination that recalls the devastating 9/11 attacks and the sequence of widespread and dangerous retaliation attacks on unwitting Muslim families across the country.

Written and directed by Qasim 'Q' Basir, and based on actual events, Mooz-lum is in equal measure a deeply moving, strongly acted family saga and a bold socio-political statement which shines a penetrating light on disquieting issues. Growing up in a devout Muslim home, overseen by a strict father (Roger Guenveur Smith) who is a stark foil for the thoughtful, mild-mannered mother (Nia Long), Tariq is raised to cherish the teachings of the Qu’ran and hold steadfast to the beliefs of the faith, but when a horrible experience at a school for Muslim kids shakes him to the core, his conviction in the religion begins to waver. 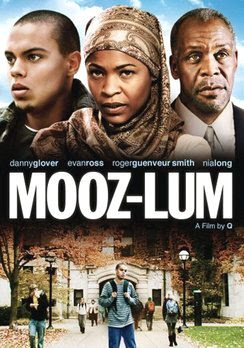 Now enrolled in college, where diversity is encouraged but standing out in almost any form can be a death wish, he finds himself torn between an obligation to his faith and long-held family beliefs and finally liberating himself from its grip.

Employing a series of flashbacks to relate its story, the film probingly captures much of the fear and discrimination members of the Islamic faith, especially those who dress the part, often encounter in their daily lives: the ridicule, the prejudice, the suspicion. So while Tariq, as captivatingly portrayed by Ross (ATL, Life is Hot in Cracktown), is no pushover, his slight reservation about identifying with his brethren in public is somewhat understandable. It’s the manifestation of a deep-seated desire to blend in with the crowd, to not stand out, to not make yourself a target for stares and taunts. (The title of the film, a corruption of ‘Muslim,’ is a ready example.)

Among Mooz-lum’s accomplishments is how it takes a small piece of someone’s history, however shaped by complexities, and transforms it into compelling art, full of compassion and meaning, and thanks in large part to a stellar ensemble, including Dorian Missick as a nurturing young professor and Danny Glover, who plays a college dean with his own prejudices.

Ross seems to always excel in these small-budget art-house projects, and Mooz-lum is another genuinely piercing indie vehicle that leaves a lingering impression. Above all, it remains a bruising depiction of humanity and moral values in our time.