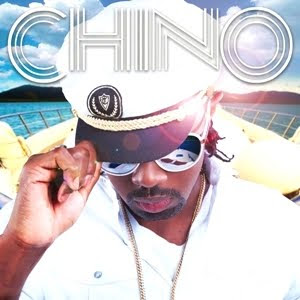 On his recently-released self-titled debut album, it is at once clear that much of Chino’s musical focus is on celebrating the attractiveness and sexual appeal of the female species. It’s an understandable fascination for a young, high-flying talent already etching an indelible mark on Jamaican music. From the easy catchiness of “Yeah Yeah” to the more suggestive titles “Mus’ Come Back” and “Ruff It Up,” there is no shortage of radio-ready singles that exude a club-to-bedroom appropriateness. And the listener cannot ask for a sharper climax than the old-school-sampling “Driving Me Insane” (a sexy, simmering duet with Denyque) where Chino gets to channel his inner Shabba Ranks with rather superb results.

Lyrically skilful and all-round enigmatic, Chino may sing ad nauseam about romancing the ladies, but the album does allow the singjay to display a deeper, more conscious, dimension to his art, especially on “Badness,” a wise admonition to young men struggling with the lure of crime and “My Soul,” a heartfelt number about keeping on the straight and narrow in the face of worldly temptations. And for fans of his most well-known singles, the career-defining hits “From Mawnin,” “Protected” and “Pon Your Head” have been included, bringing the album’s tally to 14.

Although a few tracks fall short of the magic that defines the other outstanding songs, as a whole, the album (produced by brother Stephen McGregor) unreservedly underscores Chino’s versatility, artistic awareness and, perhaps most importantly, his absolute appeal that has forged a durable connection between him and an ever-expanding audience, placing him in good stead to remain in the pantheon of our dancehall entertainers who matter. Tyrone’s Verdict: B+

Posted by TALLAWAH Magazine (tallawahmagazine@gmail.com) at 12:59 am