Rihanna’s “Man Down” controversy: Much Ado About Nothing? 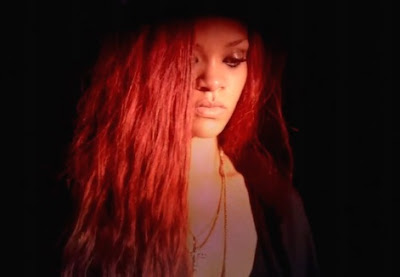 MURDER, SHE WROTE: Rihanna's latest vid ignites a firestorm.
Heat follows Rihanna so much that nearly everything the pop star does of late seemingly provokes some degree of controversy. Sure enough, her latest music video for the reggae-spiked track “Man Down” (off her platinum-selling CD, Loud) has sparked public outcry, most prominently from one American parent group that has called on BET to drop the video from rotation due to its graphic, violent content, which they feel will upset the children. Lordy.

In the video, premiered earlier this week, the 23-year-old Bajan-born superstar portrays an island girl who exacts revenge upon her rapist (portrayed by Jamaican supermodel Oraine Barrett) by gunning him down in broad daylight along a crowded street. Murder most foul, some would say.

The video, ironically, was filmed in Portland, Jamaica, a country that sadly boasts one of the highest murder rates on the planet. And since its release, the video has been the subject of mixed reviews on the island, particularly on how it impacts Jamaica’s image in the international spotlight.

But back to “Man Down.” In her own defense of the clip, helmed by frequent collaborator Anthony Mandler, Rihanna has argued that the video is an “artistic” expression and an admonition to young girls to heighten their everyday awareness. And I find myself siding with Rihanna on this because she is absolutely right.

For one thing, the video closely follows the song that it is supposed to be representing, a feat which many present-day artistes struggle to achieve. And, in spite of the unfortunate bit of gun violence, the video is a charmingly beautiful piece of audio-visual art that makes ample use of the lush Jamaican paradise.

More seriously, taking “Man Down” in respect of its artistic value and sense of integrity, Rihanna uses the video to confront a difficult subject (sexual assault), offers a brutally frank portrayal of a common scenario and, in the end, provokes a reaction from her viewers, eventually leading to widespread discourse. Isn’t that the definitive function of art: to provoke thought and incite a conversation?

Also, when it comes to other people’s artistic vision, there is the occasional instance when you will be left feeling uncomfortable. What’s more, the gun-shooting scene in “Man Down” serves the intention of the director as it adds a layer of intensity while fulfilling the storyline.

Meanwhile, I cannot help but highlight, too, that music videos are not the only readily accessible entertainment formats that bring gunfire into play. To wit, movies…. Hello? Cyclechickindeed, commenting on the USA Today article, "Rihanna defends controversial video as art" (June 3), catches my drift: “People shoot people in movies that [are] shown on TV, including BET, all day long. Why the format discrepancy? Music video, movie, what's the difference? And, as parents, it is your job to monitor and restrict what your children watch. That is your job. So do it and quit being so lazy,” she emphasizes. The tone may be rather harsh, but she makes a strong point that I couldn’t have put any better myself.
Also:
CNN: Ban Rihanna's video? No, make it required viewing.

Watch the "Man Down" video: