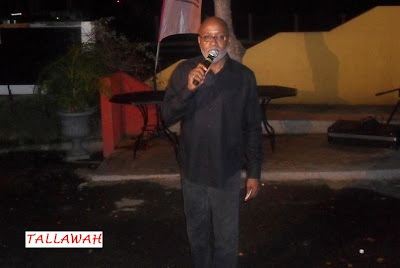 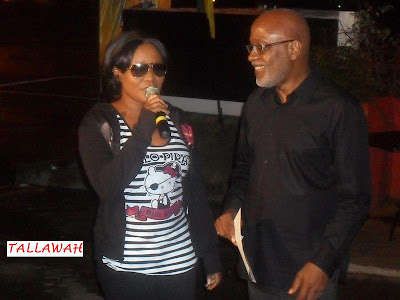 IN THE MIX: Cooper and Stephens; (above) Cooper addresses the CFW 2011 launch.
There are those so mercurially immersed in their life’s work that their names become practically synonymous with the respective fields. Kingsley Cooper and Caribbean fashion are that sort of match, and it is an undeniable testament to the man and the stature he’s attained over the course of a long and fascinating period. On the eve of another renewal of Caribbean Fashion Week (CFW), the Pulse Caribbean head speaks one-on-one with TALLAWAH on refreshing the tried-and-proven CFW formula and the biggest challenge now facing our regional designers.

After what many regard as a superb 10 years of CFW, what’s the feeling like entering a fresh decade?
Cooper: It’s awesome. We’ve already done Caribbean Fashion Week for 10 years, and everybody says it’s phenomenal and that it’s had an impact not just here in Jamaica and the Caribbean but around the world. So now the thinking is ‘What do we do next?’. So we decided to add solid entertainment to the fashion package. So [this year] you still have the runway shows running in the evenings from around 7 o’ clock, and when the fashion show is done we will have full concert performances. We’ll have Jamaica Night on Friday, featuring Tanya Stephens and Mavado. Caribbean Night is Saturday with Machel Mantano, David Rudder and Fab 5. And on the Sunday, we have International Night with Joe and Beenie Man. So now you have another element added to Fashion Week that’s powerful and that makes a big difference in terms of the entertainment value.

Where does Caribbean fashion currently stand in the international context?
Cooper: You can break it into two levels. You look at the models and the clothing. The models are at the top-end; the designers are yet to get there. Some of them are there, but as a bloc, we have some work to do with our designers. But it’s happening.

What are your personal aspirations for the continued progress of fashion in the region?
Cooper: I think we have to keep growing the event. We want to see our designers on the catwalks, all of them. We have seen Gavin Douglas do it. Jessica Ogden did it with shows in Paris, London, Milan and New York. We want to see more of that from our Caribbean designers. The home-grown ones have the hardest challenge, but it’s possible. And it’s something we would like to see happen in this second decade.