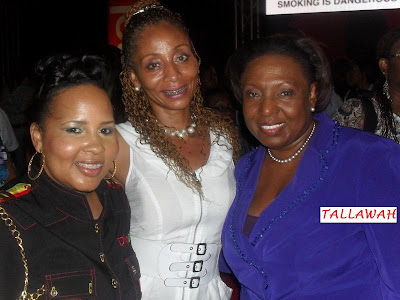 LADIES FIRST: On the scene with Curran, Sutherland and Grange.
What: Launch of the 19th renewal of Reggae Sumfest

Among the highlights: Vibrant performances by Konshens, Tifa and I-Octane; Digicel unveiled its 2011 marketing campaign for Sumfest dubbed 'Inspired By Legends - the Music Lives On!'; and the self-rebranding of emcee Miss Kitty as ‘Kitty Minaj’

Sound byte of the night: “Miss Kitty, yuh losing too much weight. I love the fluffy business,” observed Russell during the Vote of Thanks. [For the record, Miss Kitty had a good laugh before dishing exclusively to TALLAWAH afterward that “I’m not losing weight. It’s just proper underclothes. Fluffy for life.”

Rain or more rain, the show goes on: Says Russell: “The drains have been cleaned, and some new drains have been put in and tested during the remedial work [at Catherine Hall]. We are confident that even if there’s lots of rain, [patrons] will still have a lot of fun.” 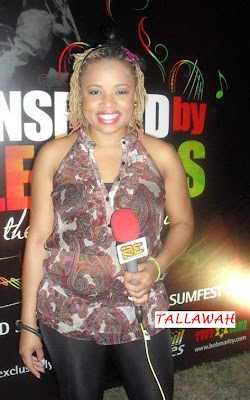 GLOW GIRL: RE TV's perennial cutie Candice Buchanan was there too. 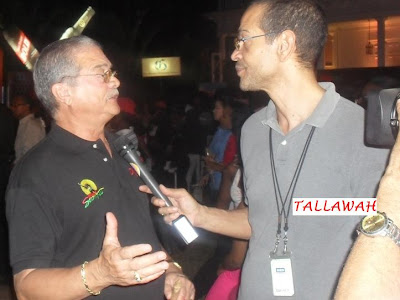 ALL IN THE DETAILS: Russell spoke with other members of the press, like ER's Anthony Miller. 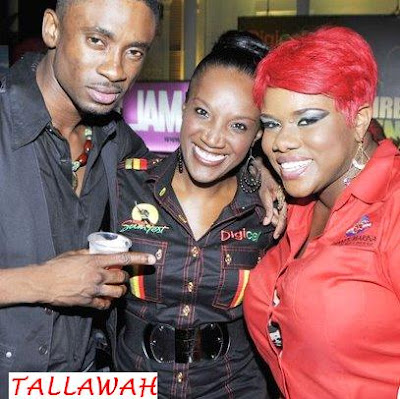 Posted by TALLAWAH Magazine (tallawahmagazine@gmail.com) at 11:31 am