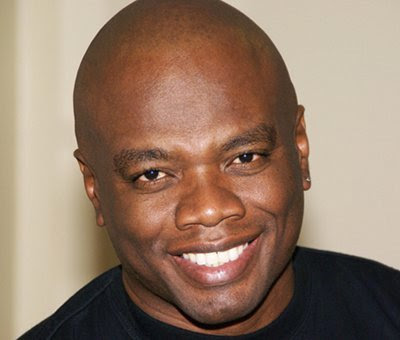 I SHALL RETURN: Mix-up king Ragashanti has a new TV gig
He’s baaaaack! Controversial daytime talk show host, Kingsley 'Ragashanti' Stewart has returned to the airwaves, this time on Peppa – a new channel on LIME’s mobile television network. While many thought they had seen – and heard – the last of him in the local media, Stewart made his July 11 debut with Buss it Out, a new TV spot that airs from Mondays to Fridays between 2:00 and 5:00pm on Peppa.

According to a recent release from LIME, the new programme format “will offer heightened public interaction and feature call-in and studio guests, outside broadcasts and participation through social media channels.”

Says Stephen Price, LIME Regional Special Projects Manager, “We are very proud to launch our first locally managed channel, Peppa, and we welcome Ragashanti, his exciting new television programme and the thousands of eager viewers who will now be tuning in to the LIME Mobile TV network. We recognize that popular personalities and entertaining programmes are essential to a successful television business and there is absolutely no doubt that Ragashanti is a great fit.”

Posted by TALLAWAH Magazine (tallawahmagazine@gmail.com) at 4:48 am