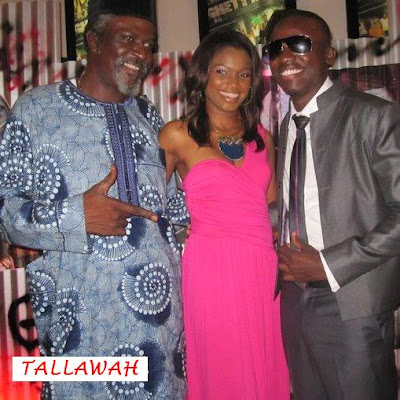 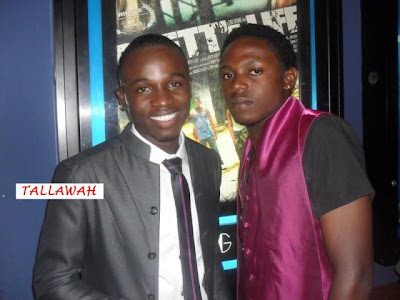 SHINE LIKE A STAR: Davis, Williams and Burton; (above) Burton and Clarke, who play best friends in the film.

What: The world premiere of the Jamaican film Ghett’a Life

Jamaican star power reigned: The premiere offered a grand opportunity for the film’s cast and behind-the-scenes team to reunite and reminisce on the long process, which culminated in Wednesday’s successful unveiling. Talented young star Kevoy Burton posed for pics with on-screen dad Carl Davis and sidekick played by O’daine Clarke. Also in the mix was Chris McFarlane, the film’s terrifying villain, who did some catching up with his fellow supporting cast-mates and the director Chris Browne.

Guest List: Also rubbing shoulders at the Guinness-sponsored event were reps from the cultural, academic, entertainment, social and media communities, the likes of Tanya Stephens, Carolyn Cooper, Joel Burke, Jerry Benzwick and Storm Saulter, among many others.

Isn't she lovely?: I caught up briefly with the film’s gorgeous young female lead, Lisa Williams, only to discover that we attended the same high school. Glenmuir High, stand up! As it turns out, when I was a sixth-former, she was a junior. But now she has morphed into a stunning beauty, who delivers a quietly impressive debut performance in the film – and is already considering her next big move: landing the Miss Jamaica World title. Definitely one to watch.

Cameos ruled: The film doesn’t skimp on Jamaican talent, showcasing a range of famous faces from the local artistic community in small scenes. I glimpsed people like Munair Zacca, Audrey Reid, Etana, and Tesfa Edwards washing his face at a stand-pipe. Hilarious.

Proud producer: To say that Justine Henzell, one of the film’s hardworking producers, is pleased with the final product would be understating it. She is absolutely thrilled. “We knew we had a lot to do in a short amount of time with a limited budget,” she reveals. “And I think that what we saw tonight was that Jamaica can produce something of an international quality that lives up to international production standards. And that’s really important. And we did it with an all-Jamaican cast and crew, and I’m very proud of that.”